Conference on Interfaith and Inter-Civilizational Cooperation Takes Place in Berlin 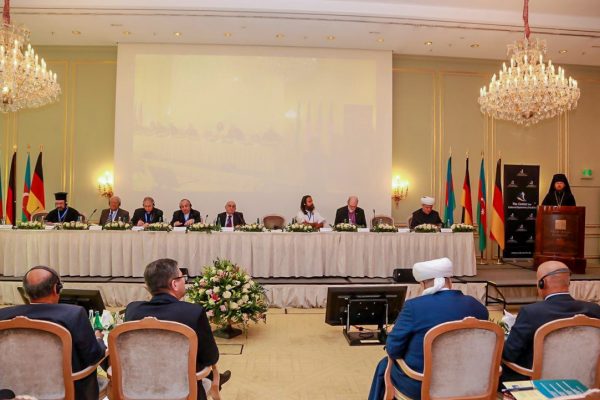 On 19 November 2018, an International Conference on Improving the Interfaith and Inter-Civilizational Dialogue to Cooperation was held in the German capital.

Among those who delivered addresses at the conference were His Beatitude Patriarch Theodore II of Alexandria and All Africa, Primate of the Orthodox Church of Alexandria; Metropolitan Gerasim of Zugdidi and Tsaishi (Georgian Orthodox Church); Archbishop Alexander of Baku and Azerbaijan; Bishop Serafim of Bobruysk and Bykhov; Archimandrite Philaret (Bulekov), vice-chairman of the Moscow Patriarchate’s Department for External Church Relations; as well as other prominent religious leaders, statesmen and public figures from Europe, Asia, Africa and the USA. 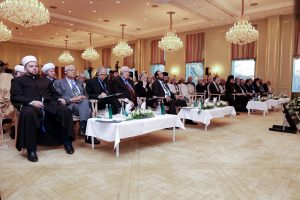 The letter of His Beatitude Metropolitan Onufry of Kiev and All Ukraine, addressed to the organizers and participants of the conference, reads, in particular: “The need to develop the interfaith and inter-civilizational dialogue and cooperation is constantly increasing in today’s world. The world that we live in is becoming a more global space, in which races, religions and cultures are interacting. The developments in one country affect the life of other countries and sometimes even of entire continents. While differing in background, culture and religion, we are getting ever more closely connected with each other. In these new circumstances we, representatives of various religions, should strive to build up our life in dialogue and cooperation.”

The concluding documents were adopted at the results of the conference.

The meeting was organized by the German-Azerbaijani Forum, the Baku International Centre for Interfaith and Inter-Civilizational Cooperation and the Berlin Academy for Cultural Diplomacy. 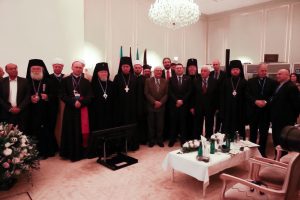