“Confession Has to Be Repentance, and not a Story about Your Life”

Source: Holy Myrrhbearers Orthodox Christian Church
Often people write down too much in their notes. They go into excessive detail about something or other, which is not quite proper. There is another, also improper, extreme, in which someone simply recites his sins in single terms.
Bishop Panteleimon of Orekhovo-Zuyevsk | 20 October 2014 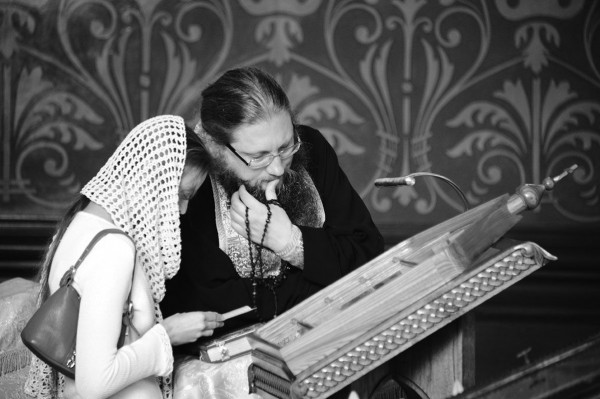 Sometimes, people coming to Confession begin to tell me approximately the following: “Yesterday I came home and was met by my husband, who as usual was drunk. I criticized him and he began to shout at me. I became angry and slapped his face. I of course was wrong to do so, but what else could I have done?…” That is not a confession. Confession has to be [a statement of] repentance, and not a story about your life, much less an attempt to justify your sins.

Although there are people who, in their simplicity, do not know how to repent in any other way – and of course their spiritual director will accept that kind of Confession from them – it would nonetheless be more proper to put it this way: “I am evil and very irritable, and when my husband acted improperly, I became angry, and struck him in the face. I very much regret doing so, and repent of it. I asked his forgiveness, and I promise God that I will never act in this manner in the future.” That, in my opinion, is what a proper confession would sound like. 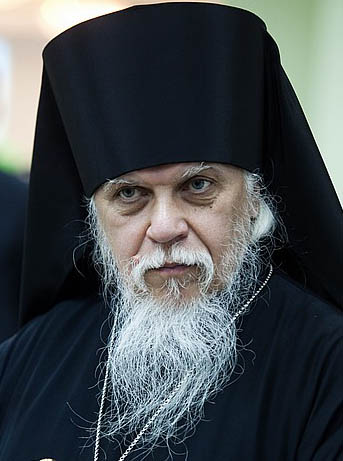 Often people write down too much in their notes. They go into excessive detail about something or other, which is not quite proper. There is another, also improper, extreme, in which someone simply recites his sins in single terms, e.g. “I sinned through vanity, despondency, irritation…” “I did not observe the fast, and had bad thoughts…” A child might say “I behaved badly….” What does “through vanity” mean? What does “being irritated” mean? What is the meaning of “bad thoughts?” What does it mean “to behave badly?” One should not speak in generalities about a passion that affects you – for it affects everyone – but rather about how a passion manifests itself in you. For example, it would be more correct to say “I belittled my daughter, swore at her with bad words, and struck her…” rather than saying “I became irritated with my daughter.” Another example would be pride… How does your pride manifest itself? You belittled others, you looked down at everyone, or you were rude to someone, wanting to belittle him. That is to say, Confession should not be a detailed story relating all of the circumstances surrounding a given action, but rather a statement of repentance for specific sins; on the other hand, those sins should not be reduced to generalities/single words.

Some of our contemporaries have a tendency to find specific and exact names for their sins, while others show a pathological curiosity and seek to discover sins that exist but with which they are not familiar. Some people, for example ask [to be given the specific definitions of little used/archaic terms that express fine shades of distinction between various sins]. It seems to me that this is improper. One should call sins by words that exist in contemporary usage. When we pray, when we read the Morning and Evening Prayer Rules, we use words spoken by the Holy Fathers, we borrow their imagery, and that is proper, for we are learning the language of the Saints, learning the proper attitude toward God. However, it seems to me that when repenting, we should use our own words. For example, you should not say that you sinned through greed, but that, for example, that you tried to ingratiate yourself to someone in hopes of getting money [from him], or you did something good in hopes of getting the same in return. …

You need to express your repentance of various sins in various different ways. There are some sins that are so unclean and vile, that in expressing your repentance, you should not go into detail. However, you should make the priest understand what has happened to you, for often such sins are described in generalities, hiding behind [those generalities] awful distortions in relations between a man and a woman. You cannot simply say, “I have an adulterous passion.” You must clarify the manner in which it manifests itself. You need not call to mind the details of these vile sins, but it is essential that you relate them in such a way that the priest understands the extent of that sin. Having repented, it is necessary to remember that you have that evil passion within you, and you should avoid situations in which it may be manifested, but you must drive away from yourself recollections of the sins committed. However, it is essential not only to remember sins of foolish pride, vanity, theft, belittling of others you have committed, but even to call them to mind, especially whenever vainglorious thoughts arise within us.

Excerpted from “PARISH LIFE”, the monthly publication of the Russian Orthodox Cathedral of St. John the Baptist Washington, DC

In connection with the rise of new coronavirus cases in the country, Bishop Panteleimon of Orekhovo-Zuevsk, Head of the…

Bishop Panteleimon of Orekhovo-Zuyevsky: Without Mercy, Prayer is but a Withered Flower

How Can We Learn to Love Our Neighbor?