Source: Pravmir.ru
The convent is located near the Donetsk airport, where heavy fighting is taking place.
Natalya Mihailova | 22 July 2014
PRAVMIR. On July 19 one of the buildings of the Convent of the Iveron Icon of the Mother of God in Donetsk was damaged. 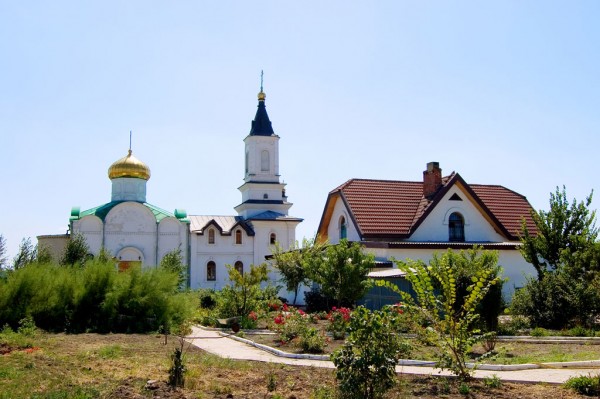 This was related to Pravmir by Archpriest George Gulyaev, head of the Information Department of the Donetsk Diocese.

According to him, the roof of a new convent building was burned. There were no casualties and victims, since there was no one in the convent at the time of the fire, because the nuns had left for safety reasons.

The Convent of the Iveron Icon of the Mother of God is located in close proximity to the Donetsk airport (the convent is near the runway), where active hostilities are occurring between the armed forces of Ukraine and the Donetsk People’s Republic.

According to media reports, earlier during the fighting around the airport, a gas pipeline was damaged. However, the damage had been fixed by July 19.