Natalya Mihailova | 16 December 2016
Egypt’s Coptic Catholic Church has cancelled Christmas celebrations on 25 December at its churches in a show of solidarity with the Coptic Orthodox Church over Sunday’s church bombing, though Christmas mass will still be held on Christmas eve at Catholic churches, Church spokesperson Father Rafic Greiche told news outlets on Thursday. 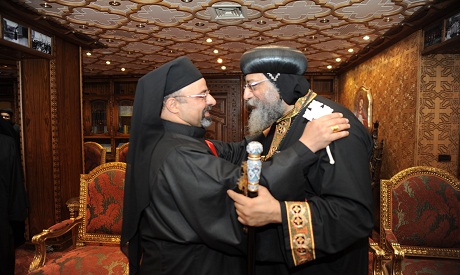 The Cairo bombing at the Coptic Orthodox Church of St. Peter and St. Paul killed 25 people and injured more than 40 others.

The Coptic Orthodox Church celebrates Christmas on 7 January per the Julian calender.

On Wednesday, the Islamic State militant group claimed responsibility for the bombing while vowing more attacks.