Coronavirus vaccine has been created in Russia. How was it tested and who will get it first?

Source: Pravmir (Russian)
Is it even safe? (Spoiler alert: no one knows for sure)
Maria Bozhovich | 04 August 2020 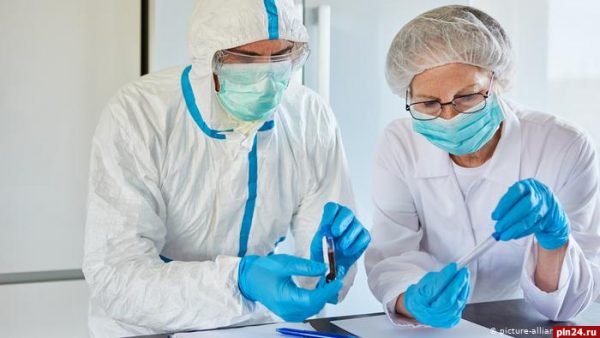 The Ministry of Health does not confirm the information received in the media that the administration of a vaccine developed by the Gamaleya Research Institute will start on August 15. This would mean that the necessary stages of clinical trials have been skipped. Yet, the so-called “conditional” registration is entirely possible. The medication gets registered after passing a certain part of tests, during which its safety specifically should be proved, under the mandatory condition that there should be one more testing stage on a larger sample of several hundreds or thousands of people.

So far, little is known about the vaccine trials. How do they proceed in Russia and how do they compare to the international practices?

There is no placebo group 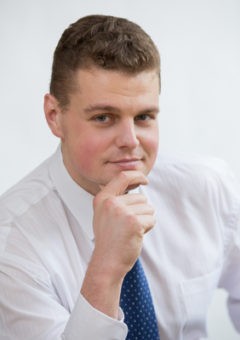 Vadim Tarasov, the director of the Institute of Medical Transplantation and Biotechnology of the University of Sechensk:

— At the University of Sechensk of the Ministry of Health of the Russian Federation, two groups were studied – a total of 38 people. 18 of these people received the vaccine once, and the other 20 people got it twice, according to the so-called booster system: the medication is administered twice to further stimulate the immune development as it is done when vaccinating against rabies or encephalitis.

A group of volunteers, who received the vaccine twice, will come to us next week. They will be tested again and compared to those, who were vaccinated once.

The placebo group was not a part of this study design.

Volunteers – who are they?

These are healthy people between the ages of 18 and 60, who have already participated in clinical trials or wanted to take part in them for the first time. We recruit them through social media and through other contacts (for example, the Moscow Health Department is currently recruiting them). We have a database. Grants are provided for participation in the study – 100 thousand rubles per each person.

The study took a month and a half, of which two weeks were for observation to rule out infection in pandemic conditions. During these two weeks, a group of 50 people (with reserves, just in case someone had to be eliminated) was quarantined.

This is important. Let’s say a person got injected, we tracked a possible acute effect – and in a couple of days, they left us and got sick. Or, on the contrary, they got injected when they had already been asymptomatically ill with a coronavirus infection, which means that their immunity would be built up not as a result of vaccination.

38 out of these 50 people have been selected for vaccination and they have been hospitalized for a month.

The first priority is to track the safety of the vaccine. It is now clear that the vaccine is well tolerated. Headache and mild fever have been observed in 10-15% of people. Then, within 28 days, a person develops a specific cellular immunity, which we need to study: its inspection with screening test systems is not enough, a more serious analysis is required. It is now conducted by the Gamaleya National Research Center.

On July 15, the first phase of clinical trials ended. As soon as Gamaleya center processes the data, it will be sent to the Ministry of Health for the medication registration.

Registration will be “conditional” – such mechanism is widely used in the world. The medication gets registered after passing a certain part of tests, during which its safety specifically should be proved, under the mandatory condition that there should be one more testing stage on a larger sample of several hundreds or thousands of people.

At the same time, high risk groups may be vaccinated. The decision on this will be made by the Ministry of Health. I think, the next phase of testing will last several months – the vaccine effectiveness will be studied.

I assume that, first of all, people from risk groups will be vaccinated on voluntary terms: doctors, teachers, and others – all those, whose job involves being in contact with a lot of people.

It usually takes a year or a year and a half to establish mass production of this type of vaccine, but the situation is different now. I believe that over the next few months, companies will try to enter mass production. At least, a number of companies have proclaimed this, and I hope that my colleagues will be able to fulfill this promise.

Some companies have started the third phase

Anton Gopka, a general partner and co-founder of ATEM Capital, the biotechnological venture fund, dean of faculty of technological management and innovations at ITMO University: 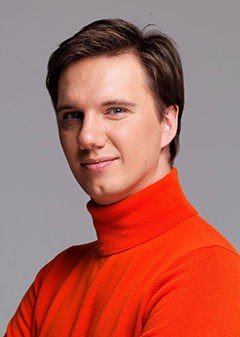 — The final data of the first phase and the design of the second phase of the Russian vaccine clinical trials have not yet been published. It is unclear how many subjects will be tested in the end and how to evaluate the current results. I suppose, the professional associations will be very skeptical about the effectiveness and safety of this vaccine.

By contrast, we see two clinical trials at Pfizer and Moderna companies, each involving 30 thousand volunteers. AstraZeneca is also launching the last phase of clinical trials, which will involve more than 10 thousand people. All we know about the Gamaleya Institute vaccine is that it was tested on several dozen people, including military personnel.

Of course, clinical trials are conducted differently. Cohorts of volunteers are created, some of them are given a vaccine, others are given a placebo (or other known vaccine). Then, for several weeks, they are keeping track of those who got sick and how the illness proceeds. Based on these observations, conclusions can be drawn about how the vaccine works and what side effects it has. How can all this be done in August if the previous, first phase ended about a week ago?

Initially, there will not be enough doses for everyone, so it has been announced that the vaccine will be provided to risk groups first – people with chronic diseases, elderly people and those who, due to their professional activities, may be in contact with infections (doctors, teachers). Which, of course, is also confusing. After all, if the effectiveness and safety have not actually been studied, how can people, who are already at risk, be put into more risk?

The vaccine is already being produced

One thing is for sure: if they are really planning to launch it in two weeks, then the production is in full swing. At some point, P-Pharm private company joined the process.

It will not be possible to forego the private sector in such a matter of national importance as the vaccine production. The government does not have the capacity to produce the medication for the whole Russia. In addition, the development of vaccines has an extremely low probability of success. After all, everything is constantly changing in the vaccine development, new scientific papers get published – and many things have to be revised. The government cannot work in such conditions, because it is necessary to constantly renegotiate the process, the probability of the success of which is less than 10%, that is why the public sector prefers to share the risks with somebody else.

P-Pharm company, of course, has all the competencies and capabilities to produce a vaccine and do it according to international standards. Personally, this inspired some optimism in me since private companies have international ambitions and can make the development process more transparent and professional. But in the case of COVID-19 vaccine, as I see it now, the role of pharmaceutical companies was insignificant, the project is in an administrative format.

It is basically clear that the government dominates in the national importance issues. All over the world, the top officials are now saying marvelous things. It is either Donald Trump saying that he takes hydroxychloroquine for preventive purposes or the Prime Minister of Japan supporting the favipiravir medication. But the bar for vaccine approval set by national health ministries (or their counterparts) is still very high. If it is not overcome, then nothing will be registered, regardless of the politicians’ statements.

We will see how it will be in Russia. I suppose that the permission will be granted, but a limited one. And in the future, a full cycle of clinical trials will be conducted on the samples amounting to thousands to finally confirm the safety and effectiveness. There is hope that it will be done this way.

How much does the production and the final product cost?

P-Pharm and RDIF (the Russian Direct Investment Fund) invested about 4 billion rubles in production. Sistema JSC also joined the process along with the Binnopharm company. Naturally, everything will be produced at Russian facilities, because the pricing issues must be resolved in Russia at least.

Prices for foreign vaccines have become known recently – about 40-60 USD for the course of one-two injections. Accordingly, if we want to vaccinate 100 million people in Russia, it will cost $4–6 billion. Of course, we need a domestic vaccine, which would be cheaper.

What if our vaccine does not work?

Theoretically, such a scenario is possible, then there would be no more point in the governmental investments. We will have to buy a foreign vaccine. However, if we do not have our own medication at least, our negotiating position would be very weak. Otherwise, we could bargain with Moderna company, for example, “Keep in mind, we do not really need your vaccine at this price, we have our own, which is already approved”.

There is another scenario, which is very unlikely to happen – if it turns out that nothing will work anywhere and our vaccine would to be better. We could propel it to the world market. But in this case, we will need to conduct normal clinical trials according to international standards with thousands of subjects.

Will it be obligatory for everyone?

I think that some restrictions may be imposed on the unvaccinated. Therefore, the voluntary will turn into the conditionally voluntary. Yet, the Minister of Health says now that vaccination will definitely be voluntary. We can only rely on his words.

Scientists believe that this measure was excessive