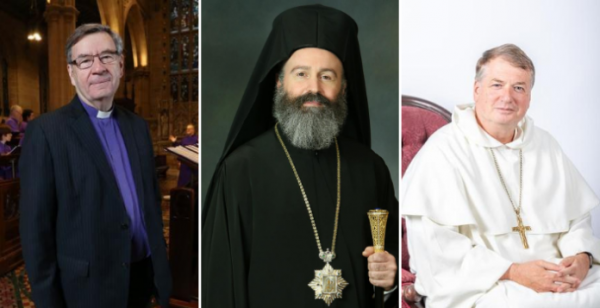 Leaders of the Anglican and Greek Orthodox communities have joined Catholic Archbishop Anthony Fisher in raising “ethical concerns” about the Oxford University coronavirus vaccine because it stems from an aborted human foetus.

The vaccination, being made in conjunction with UK drug manufacturer AstraZeneca, has been made using a kidney cell from an aborted foetus.

In a letter to the Prime Minister, the leaders have asked for assurance that the use of the Oxford vaccine will not be mandatory, no pressure will be put on people to go against their religious views and get the vaccine, and the government will ensure a “ethically uncontroversial alternative” is found.

“Many will feel deeply conflicted whichever way they go. You may be aware that for some people the Rubella vaccine already presents such a moral dilemma,” the letter said.

The letter adds that although “our churches are praying a vaccine is found, we hope it is not ethically tainted.”

“Please be assured that our churches are not opposed to vaccination: as we have said, we are praying that one may be found,” the letter said.

“But we also pray that it be one that is not ethically tainted.”

According to The Guardian Australia, a government spokesperson told them: “the Prime Minister respects the views of Australia’s many religious communities and understands the issues that are being raised.”