COVID-19 vaccine is in short supply across the country. How it is distributed among regions is unclear

The “Petersburg Politics” fund has come to these conclusions after studying the state of mass vaccination at the beginning of January 2021. Alexander Dragan, a marketing expert, has reached the same conclusions. He calculated the number of vaccinated people in the regions based on the data from open sources.

Alexander Dragan, a marketing expert and independent analyst, calculated how many people got vaccinated in different regions of Russia based on open data: reports of regional Ministries of Health and emergency operation centers, local media. 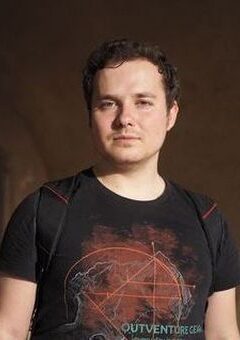 — There is no large-scale vaccination in the vast majority of Russian regions. And how the mass vaccination will be organized (its launch was announced on January 18) is a big question for me. We have figures for 75 regions, where 92% of the population live and only 364 thousand people got vaccinated there. This is only 0.27% of the population. If we exclude Moscow from the list of these regions, the percentage of vaccinated people is even lower: only 0.14%, – Alexander Dragan told Pravmir.

Why is vaccination stalling in some regions and, on the contrary, is in full swing in other regions? Dragan first believed that it depended on how far they are from the federal center.

The vaccine production is concentrated around Moscow. Even if it is produced in another city: for example, as the “Biocad” plant operates in St. Petersburg, the vaccine will still be brought to the capital for quality control and registration with Federal Service for Surveillance in Healthcare (Roszdravnadzor).

— I had an assumption that the further the regions are from the center, the less they are provided with vaccines. But the vaccine is not more available in the Central Federal District, and less available in the Far East. That is, vaccination is equally difficult to receive in all federal districts. At the same time, there are regions that are well provided with the vaccine both in the center and in the outskirts of the country, – explains Dragan.

According to the report, everyone can get vaccinated in the Sakhalin region since December 2020. “According to my data, this region is in the TOP-3 in terms of the percentage of the vaccinated people”, – the expert notes. In the neighboring Amur region, only doctors, pedagogues, and employees of the Federal Service for Surveillance on Consumer Rights Protection and Human Wellbeing (Rospotrebnadzor) are vaccinated, and mass vaccination is going to start before the end of winter. “There are no objective reasons why the situation in the Sakhalin region is much better than in the Amur region”, – says Dragan.

The vaccination availability is also not related to the population size.

— Both in the Tatarstan and Khabarovsk regions, 3 thousand people were vaccinated. Yet, 4 million people live in the first region, and three times less that number live in the second region, – the Pravmir source gives an example.

The number of vaccine doses is also not related to the number of coronavirus cases. Although, the analyst had such theory as well.

— The Kemerovo and Volgograd regions are two regions with a comparable population. According to official statistics, 1% of the population (slightly less than 28 thousand people) had COVID-19 in the Kemerovo region, and the Volgograd region had one a half times more cases, which is 1.6% of the population (more than 40 thousand people). However, the vaccination availability in the Kemerovo region is average: anyone can get a vaccine. The vaccination availability in the Volgograd region is limited, only priority groups are vaccinated. Here is another illustrative example: the Belgorod and Tyumen regions have 1.5 million people living in each region, 1.6-1.7% of the population had COVID-19 according to the official statistics. However, the availability in the Belgorod region is average, but in the Tyumen region, the vaccine is not available at all.

“It may be a matter of political will”, – he suggests. There are regional governments that can insist on allocation of a larger quota for vaccines.

“The principles of vaccine distribution are completely non-transparent and not obvious”: this is the main conclusion of the study by Alexander Dragan.

“Vaccine is produced more than it is released into civilian circulation”

Alexander Dragan believes that the problems with production, with a low percent of the release of the already produced vaccine into civilian circulation, and logistics, have not been solved:

— It is difficult to organize such a complex technological production from scratch. Production data have many gaps. We rarely get some specific figures. More often, we hear promises, for example, that 7 million doses will be produced in December-January. Or that we will produce 30 million doses per month by July.

2 million doses were produced in Russia by December 30, 2020. When a large-scale vaccination was announced on December 2, at the meeting with the president, it meant that 2 million doses would be produced in the near future. In fact, this happened only by the end of the month, as the Pravmir source notes.

In January, the Moscow plant “R-Pharm” should be launched that would be able to produce up to 10 million doses, as they promise. According to promises, the “Generium” plant can reach the production of 5-8 million doses. “Biocad” declared that they can produce up to 3-4 million doses per month.

— According to my calculations, the actual production is much less than the stated one now, – says Alexander Dragan. – For example, “Biocad” produced 1.1 million vaccine doses last year. Yet, according to available data, they produced only 237 thousand doses in the last two weeks of the year: they had 873 thousand doses on December 17, and 1.1 million doses by the end of the year. The problem can be solved by increasing the production, and it will be solved. Perhaps, it will happen not as quickly as we were promised.

Fewer vaccines are released into civilian circulation than they are produced. “Either this happens with a huge delay due to bureaucratic reasons and long quality control or a significant part of doses is rejected”, – the analyst assumes.

— At the end of last year, 2 million doses were produced. Mikhail Murashko announced last week that 1.6 million doses were released into civilian circulation. The register of Roszdravnadzor confirms these figures. A total of 5 batches of the vaccine has been reported for the first half of January. There are 20-30 thousand doses in one batch. The question is: where did the remaining 400 thousand doses that were produced at the end of last year go? Either they were sent to other countries and that is why they were not put into the civilian circulation or these batches simply did not pass the quality control and were destroyed, or they have not gone through the quality control yet.

In August, “Binnopharm” produced the first batch of 15.5 thousand doses. It was one of the four plants that were allowed to produce the vaccine.

— However, none of the “Binnopharm” batches has been released into the civilian circulation so far. There is no information. We can assume that that these batches do not pass the quality control, – Dragan notes.

Another problem is logistics. Due to the size of the country, it is not easy to ensure the shipment of the vaccine to remote regions, as well as its storage and maintenance. During the vaccine transportation, cooling elements and special isothermal containers should be used, as Alexander Dragan notes. In December, the country increased the number of production sites for these tasks.

— Yet, these problems can be solved. Then it will come down to people’s unwillingness to be vaccinated. Due to the general distrust of vaccination, it will be much more serious, – says Alexander Dragan.

According to the “Peterburg Politics” report, this is:

Where is the vaccine not available?

The vaccine is really available only to residents of five regions: Moscow, the Moscow and Sakhalin regions, as well as the Nenets and Chukotka autonomous regions. The highest level of vaccination is in Moscow: about 50 thousand people had been vaccinated there by January 1, according to the “Peterburg Politics” report.

The availability level is average in another five regions: St. Petersburg, the Kemerovo, Kurgan, Belgorod, and Altai regions.

The vaccine is low in availability in 14 regions. There is basically no opportunity to get vaccinated in 8 Russian regions, but they are registering people there.

In 42 regions, there is no opportunity for people to get vaccinated if they are not in a risk group. In some regions, only people under 60 can get vaccinated. Some regions plan to start mass vaccination only in the first quarter of 2021.

According to the researchers, it can be assumed that the official estimates of the total vaccination volume are formed mainly due to the vaccination of military personnel and other categories of people that are not part of the regional statistics.

Most viewed articles
Seven Lessons for the New Year from St. Seraphim of Sarov208
The Perfectionist114
New Jersey Governor Signs Bill Legalizing Abortion Up To Moment of Birth91
The Way of Christ Is The Way of Love57
140th anniversary of repose of St Antipas the Athonite of Calapodești celebrated in Roman56
Metropolitan Hilarion Celebrates the 20th Anniversary of His Episcopal Consecration52
A Great Time to Join the Orthodox Church18
1
Sunday of the Samaritan Woman1
How We Worship: the Struggle of the American Experience1
Most popular authors
Priest Luke A. Veronis208
Protopresbyter Themistoklis Mourtzanos114
Ryan Foley91
Fr. Theodore Stylianopoulos57
Aurelian Iftimiu56
Pravmir.com team52
Frederica Matthewes-Green18