Cuba to Build Its First Mosque

Source: Sputnik
Despite being a predominantly Catholic state and having a generally chilly relationship with religion, Cuba might soon see its first mosque rise in Havana.
Natalya Mihailova | 26 February 2017 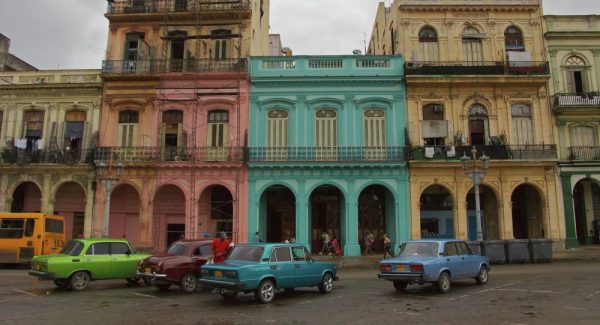 The first minaret in Cuba could soon issue a call across the city of Havana. The mosque would be the first official worship site for the roughly 10,000 Muslims currently living on the island nation, according to media reports. The funding for the mosque will reportedly be provided by Saudi Arabia.

Cuba has officially been a secular state since its communist revolution in 1959. The state leadership barred believers from joining the ruling party and though no official ban on worship was issued for common folk, the state generally promoted and endorsed atheism.

After the collapse of the Soviet Union in 1991, Cuban authorities eased their attitudes, which resulted in a historic visit by Pope John Paul II in 1998. In 2008, the first Russian Orthodox church opened on the island. However, there is still no sanctuary for Cuba’s Muslim population, which increased significantly after 2010.

Cuban Muslims, most of them reportedly converts bolstered by the influx of Muslim students from Chad, Niger, Nigeria, Rwanda and Pakistan, have been praying at their homes. Foreign Muslims and tourists also have the option of attending Friday prayers at a place known as Casa de los Árabes, or Arab House, which belonged to a wealthy Arab immigrant who lived in Cuba during the 1940s. Cuban Muslim nationals are not allowed to use the facility, though.

In 2015, a museum in Calle Oficios in Old Havana was turned into a prayer house with the support of the Office of the Historian, the body responsible for the restoration of central Havana, according to Al Jazeera. Located near the Arab House, it was funded by Turkish President Recep Tayyip Erdoğan.

While approximately 10,000 Muslims represent only a tiny fraction of Cuba’s 11.3 million population, their number has swelled markedly from the several dozen on the island in the 1990s. Still, the Muslim community remain largely invisible even to other Cubans.

“No one in Havana, even my Cuban friends, knew that there were Muslims,” Cuban Muslim Joan Alvado told Newsweek in 2016.