Daily prayers a habit for over 20% of Orthodox Christians, 10% of Muslims in Russia

Source: Interfax-Religion
Twelve percent of Russian citizens pray every day, according to a poll, conducted by the Sreda and Public Opinion pollsters.
Natalya Mihailova | 29 April 2014 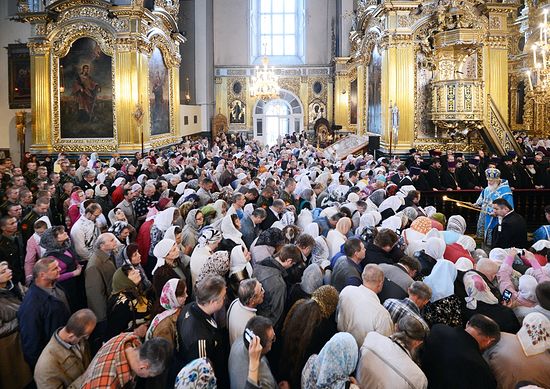 Moscow, April 28, Interfax – Twelve percent of Russian citizens pray every day, according to a poll, conducted by the Sreda and Public Opinion pollsters.

One fifth of Russian citizens aged over 60 and one fourth of those who have health problems pray on a daily basis.

Twenty-two percent of Orthodox Christians and one tenth of those who identify themselves as Muslims pray every day in this country.

Education and income have no impact on citizens’ praying habits, the pollsters said.

The poll was conducted among 1,500 respondents in 43 regions in April.