On the Daughter of Jairus and a Test of Faith 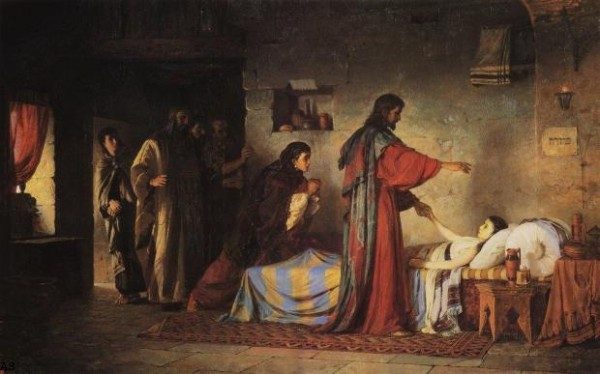 The Gospel reading from today’s Liturgy consists of two very interesting stories, but what is even more interesting, is that these stories are intertwined. There was a certain Jairus whose beloved twelve-year-old daughter was seriously ill.  He didn’t know who Christ was, but, having heard of a certain Prophet made famous by an enormous number of miracles and cures, Jairus went to Him in the hope that the Prophet might be able to help him.

Everything seemed to be going really well, because the Prophet agreed to go to his house and help, when suddenly an obstacle appeared.  In the crowd surrounding Christ some woman touched His clothes and was cured of her old sickness, and then, suddenly, Christ stopped the whole crowd and began working out what happened.

We can easily imagine what was going in the heart of Jairus.  It seemed every second mattered. The sooner this prophet would get to his daughter, the more chances there were that she would be cured. It is at that point that the whole procession stopped.  And at that moment, when Jairus’ soul, already in turmoil, confused and worried, came the awful news, “Your daughter is dead.  Do not trouble the Teacher.  Nobody can help her now.”

And that is when the most important thing happened. Of course, it was easy for Jairus to despair and to go along with what those around him expected of him.  Of course, if his daughter was dead, nobody would be able to help her.  But the Saviour turned to him with the few words, “Do not be afraid; only believe.”

It is Jairus, head of the synagogue, who is the protagonist of today’s Gospel reading.  It was he who was able to carry his weakening faith all the way to the gates of his house.  Even when he saw his dead daughter, he did not despair, he allowed the Saviour to go inside with his closest disciples, turn everyone out of the room, where the departed girl lay, and that is when his faith was rewarded – he saw his daughter alive and completely cured.

Today’s Gospel reading encourages us not to fear when our faith is subjected to a test.  There is not a single person who did not have to suffer from some wave of faintheartedness, lack of faith, even despair.

When that kind of wave threatens us in an attempt to push our faith somewhere aside, we have to think of Jairus, a man who seemed to have lost the most valuable, the most precious thing in his life, which is what his daughter was to him, and found her alive and well.  Yet, He also found a much more valuable treasure – he found faith. 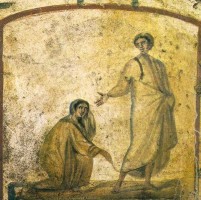 If St. Paul could speak to you today, I think he might say to you, “Have…