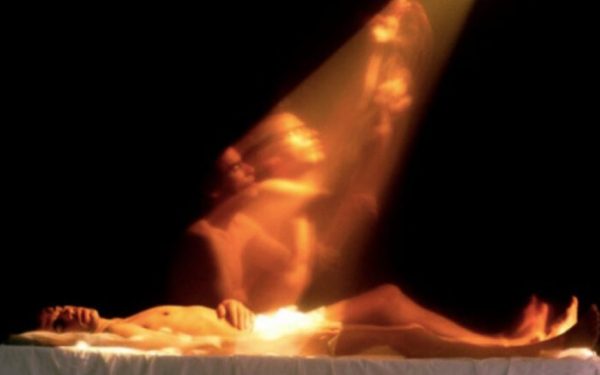 What is it like to die? This is when the soul which is created integral with the body separates. The nature of this separation is a common question because it is not something we have experienced. As we try to answer this we must remember that this topic is surrounded by mystery. What we do know is mostly from accounts of Church Fathers and other holy people who have experienced it and those who have died and then returned to life.

After death experiences that have been recorded by academics are mostly due to medical techniques for resuscitating the “clinically dead”. We must take great care in interpreting them. They can be misleading. Fortunately, Orthodox doctrine on this topic is quite clear even though it is not widely taught. It is found in Holy Scripture, in writings of the Holy Fathers, in the lives of the Saints as well in stories of personal Orthodox experiences.

There are numerous reports of visions of another world from patients thought to be dying, but later return to life. Some describe beautiful pictures of mountains, meadows and gardens. Others hear other-worldly music. Many describe a tunnel of light. The experiences are varied. Be careful. These images are worldly, not spiritual. The imagery is tied to this world. The modern day experiences have a theme of comfort or peace rather than the unforgettable reality of awe and fear of God. They are in error because they do not include a struggle as the soul separates from the body.

The correct view of the entry into the spiritual realm is found in the doctrine of Christian struggle. This view can be seen in Orthodox Funeral Hymns:

“Frightening indeed, and quite so, is the mystery known as death, how a soul then is forcibly separated from its frame, parting from its body;  severed is that union, which is most natural and innate, by Your divine will, O Lover of mankind.”

As the soul tries to separate we never lose consciousness. Our thinking is clear and seems to accelerate. We become aware of the two aspects of our being which are now being separated. We can no longer touch or feel or be heard. We still can see our physical being, but now we also see our spiritual being as ourselves, unmistakable alike in all aspects, but not its physicality. It seems like we are now two persons. There is a pull upward and another downward toward the earth. This is the cause of the struggle we experience. But there is no pain.

We are still completely alive and totally conscious. To those observing death it seems like death is an end where all consciousness is lost. But, death is not an end, but is a new beginning. We are still alive with full consciousness. Our character is intact.

The entrance into this mystical realm begins with a struggle. The soul that was created integral with the body must now separate. Once this separation is complete, the struggle subsides and we are led to our proper status, awaiting the Second Coming of Christ where we will be united with new spiritual bodies and face the Final Judgment.

Where and how will we be led? Will there next be an ordeal that we must face?

How Do We Overcome the Fear of Death?

Most of us have a deep seated fear of death. How do we overcome it? It is essential…