Source: DECR
Natalya Mihailova | 14 August 2015
On 7-10 August 2015, an international meeting of Old Believers took place in Ulan-Ude, marking the 250th anniversary of the arrival in Buryatia of the first Old-Rite settlers. 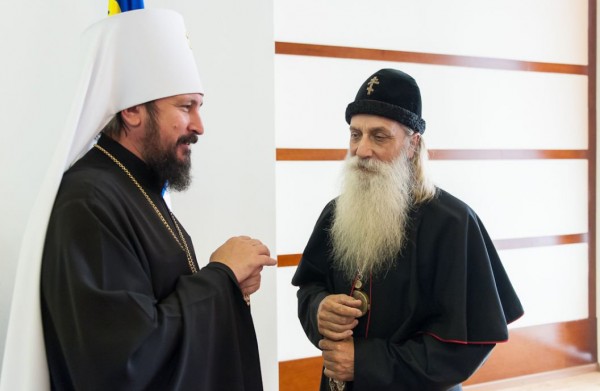 As part of the meeting called “The Path of Avvakum”, a number of events were held, such as an International Research and Application Conference “The Old Belief: History and Modernity, Local Traditions, Relations Inside Russia and Abroad” and an ethnic forum “The Old Believers’ Congress.”

On August 8, the ethnic forum was held at the National Library. As part of the forum, a meeting of the Old-Rite clergy took place. Among those who took an active part in the discussions was archpriest Ioann Mirolyubov, head of the Patriarchal Center for Old Russian Liturgical Tradition, secretary of the Commission for Old Rite Parishes and Cooperation with the Old Rite Community. Next day, he delivered an address on the Old-Rite Parishes of the Russian Orthodox Church and Problems of Their Formation.

During the meeting, numerous guests from the Old-Rite communities of Russia and other countries, as well as scholars and representatives of governmental and public organizations had an opportunity to discuss a number of topical issues pertaining to the preservation and development of traditional culture of Old Believers.