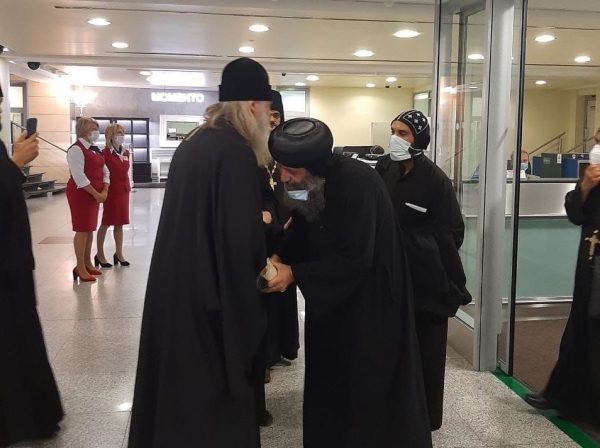 On 23rd August 2021, at the invitation of His Holiness Patriarch Kirill of Moscow and All Russia, a delegation of abbots and monks of monasteries of the Coptic Church, headed by His Grace Bishop Bigol, Abbot of the Elmeharic Monastery in Asyut, arrived in Moscow intending to go on a pilgrimage to the Orthodox monasteries of Russia, reports the website of the Department for External Church Relations of the Moscow Patriarchate.

The present visit is coming at a time of growing dialogue between the Russian Orthodox Church and the Coptic Church and is part of a program of mutual visits of representatives of Russian and Coptic monasticism.

The guests were greeted at Domodedovo International Airport by the chairman of the Synodal Department for Monasteries and Monasticism of the Russian Orthodox Church, Metropolitan Theognostus of Kashira, secretary of the Department for External Church Relations hieromonk Stephan (Igumnov), the representative of the Coptic Church in Russia Dawoud El Antoni, and workers for the DECR hierodeacon Pyotr (Akhmatkhanov), S.G. Alferov, D.E. Arakelyan and R.D. Ruban. 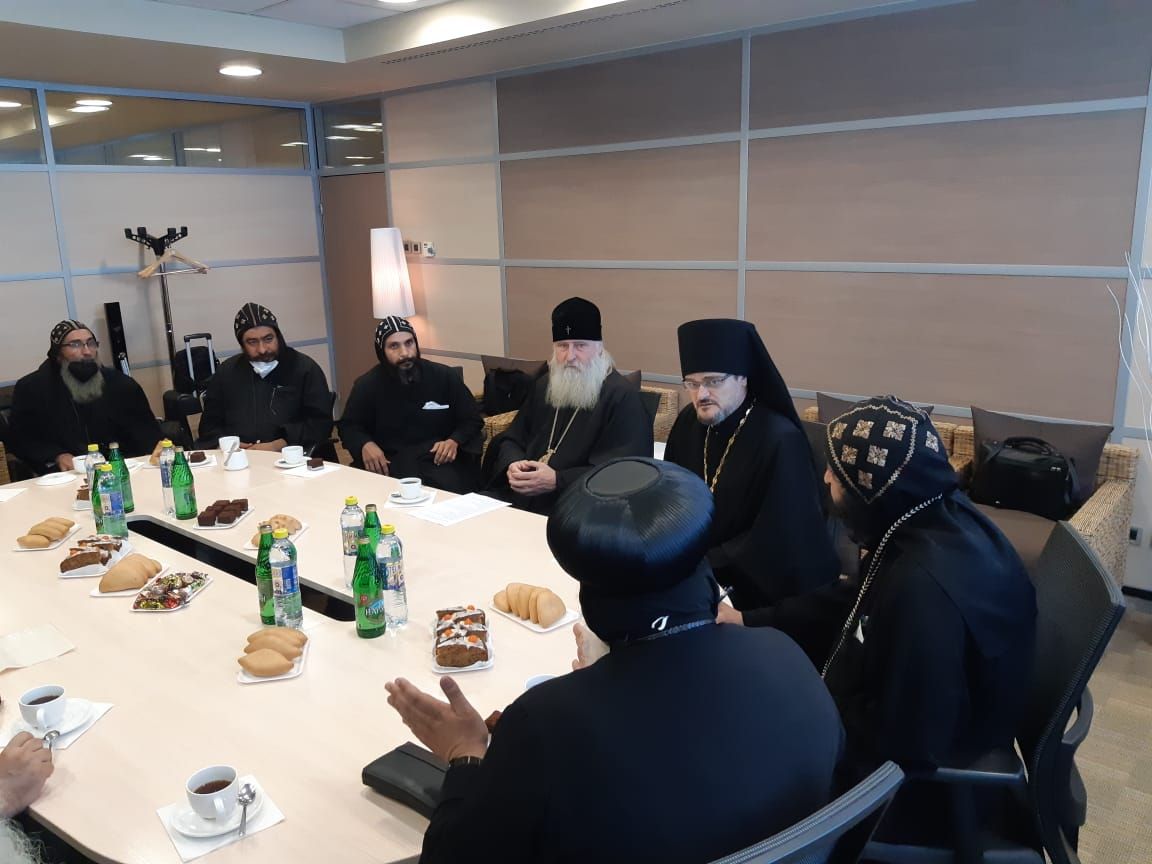 The delegation’s visit will last until September 1. They intend to visit the holy places and historical and cultural sites in Moscow, Tver, Novgorod and St. Petersburg, as well as monasteries of the Russian North.

Most viewed articles
How Can We Evangelize Today?175
A Stone Thrown at God and Your Neighbor123
Five Signs of a Modern Pharisee112
Trial of Politician Defending Traditional Marriage Begins in Finland94
Hierarchs of Three Local Orthodox Churches Concelebrate in Argentina90
Metropolitan Onuphry: “The Key to the Doors of Paradise is Repentance”65
Patriarch Daniel prays for Romania’s national unity, peaceful coexistence and dignified cooperation with other peoples45
Grains of Wisdom and Piety Book Published33
Medical Workers Walk 1.5 Km Through Snowdrifts and Save the Life of a 100-Year-Old Woman25
Most popular authors
Pravmir.com team307
Frederica Matthewes-Green175
Protopresbyter Themistoklis Mourtzanos123
Archimandrite Markell (Pavuk)112
Aurelian Iftimiu45