Getting to know America’s “Nones”

Source: OCA
Natalya Mihailova | 27 July 2017
A newly released feature length documentary, Becoming Truly Human, offers an interesting and important glimpse into the growing number of Americans who consider themselves “religiously unaffiliated”—that is, those who check “none of the above” on religion surveys. 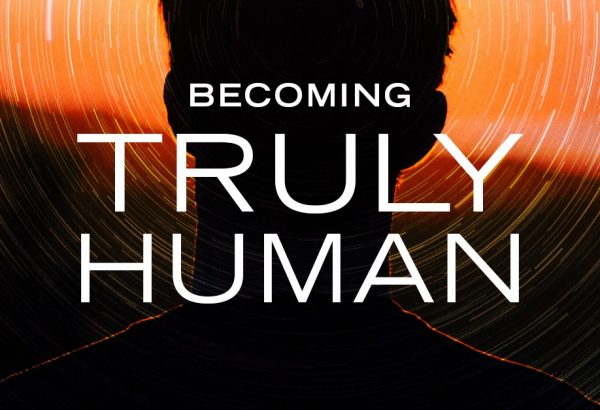 “It is a well known fact that the number of religiously unaffiliated Americans has steadily grown over the last two decades,” says Priest John Parker who, as Chair of the Orthodox Church in America’s Department of Evangelization, highly recommends the film.  “These are people who not only reject Christianity, but all religions, choosing instead their own spirituality and morality outside of ‘organized religion.’  Rather than identifying with a particular faith tradition, they choose ‘spiritual’ and ‘being a good person’ and ‘interconnectedness.’”

According to Father John, the Pew Research Center discovered that an astonishing 25% of the American public in 2015—compared to a mere six percent just two decades ago—checks “none of the above” when asked to indicate religious affiliation, giving rise to the nickname “Nones.”  And this is a phenomenon, he adds, about which Orthodox Christians should be aware and concerned in pursuing evangelistic ministry and outreach.

“A quarter of our neighbors are rejecting religious faith, and it is out of this concern that Becoming Truly Human was conceived and developed,” says Father John.  “The film offers a cinematic portrait of eight Nones , each of whom shares his or her journey from religious affiliation to religious non-affiliation.  The film hears from each individually and as a group as they share their respective views about religion, the world, God, the afterlife, and much more.  One None, Basil, describes how his exodus from religion and his quest for spiritual wholeness outside it ultimately led him to Orthodox Christianity.”

Pre-screenings of the film indicate its tremendous success in terms of impact.  [Saint Vladimir’s Seminary, Yonkers, NY, will host a public screening at 7:00 p.m. on September 24, at which writer/director Dr. Nathan Jacobs will be present.]

“Our research has found that because Nones are outside of religious circles, they rarely voice their thoughts on religion or even have the opportunity to do so,” says Dr. Jacobs. “It’s a powerful experience for these Nones to hear what others are thinking and know they are not alone.”

Father John adds that in addition to offering a rare glimpse into the lives, desires, fears, and thoughts of the Nones, the film reveals that

“the more we listen to the Nones, without any sign of wanting to debate them or challenge their beliefs, the more the Nones want to dialogue about religion, and their sense of being heard opens them up to hear.”  “I hope our faithful and parishes will take advantage of this film by hosting screenings and follow-up discussions that will enhance their ministries to the broader community.”