Divine Liturgy Held at Burial Place of St. John the Theologian near Ephesus 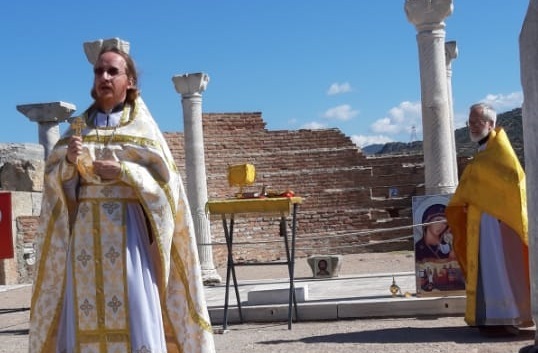 On October 9, 2020, the commemoration day of the repose of St. John the Theologian, Fr. George Sergeyev, responsible for pastoral care for Russian-speaking believers in the Republic of Turkey, celebrated the Divine Liturgy at the church built on the burial place of the saint in the Turkish town of Selcuk near Ephesus. Participating in the service was also Archpriest Sergiy Kazarin, who is responsible for pastoral care for the Moscow Patriarchate faithful in Antalya.

The divine service was attended by numerous pilgrims who came from Istanbul, Izmir, Bodrum, Antalya and Kusadasi, as well as Orthodox people from Russia and a pilgrim group from Ukraine. Most of them took communion of the Holy Mysteries of Christ. 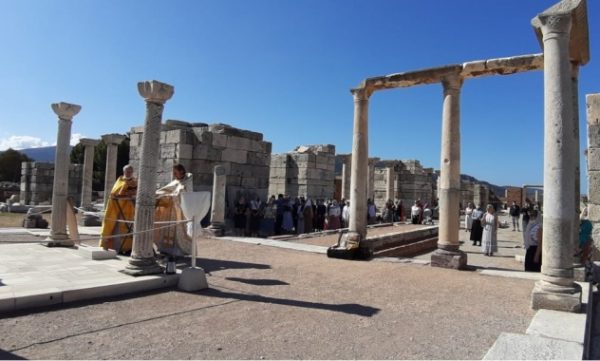 During the Prayer of Fervent Supplication, petitions were lifted up for the unity of the Orthodox Church, prevention of the Church from divisions and schism and prayers were said for stopping the spread of the coronavirus infection. A prayer was also lifted up for peace in Ukraine and good-neighbourly relations between Russia and Turkey.

After the liturgy, Father George delivered a sermon. He thanked the chairman of the Solzhenitsyn Russian Culture Society, Mr. A. Ponomarev, the Society of Orthodox Russian-speaking Faithful Society of the Antalya Province headed by Mr. K. Alykan, and the director of the A. S. Pushkin School in Istanbul, Mr. N. Karaman, for their help in having organized the pilgrimage, the Moscow Patriarchate official website reports.