Do Fish Know that They’re Wet? 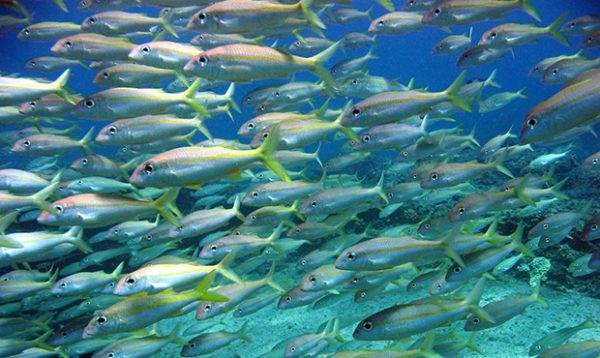 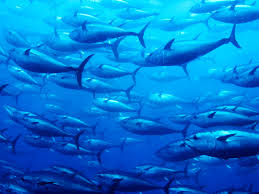 Do fish know what wetness is or that they are wet? Obviously not, because they have never experienced what it is to be dry—or at least not for long. A “dried fish” is not something we find in the ocean but on the menu. Fish do not know when they’re wet as human beings know when they are wet, because fish have never known any other condition. For fish, wet is not wet, wet is normal; it is simply how the world is.

I mention this obvious fact because people in the modern West are a lot like the fish, in that they regard their current secular approach to life as normal. If a fish could experience dryness for a bit before being returned to the watery depths, a philosophical fish would have a standard of comparison and realize that wetness is only one option among others. It would be then possible for the fishy philosopher to imagine a world in which living things were dry and happy to be dry, and possibly even understand that some creatures accepted dryness as the norm. The fish doubtless would prefer its own wet world to the dry one, but it would at least be now able to imagine a different world than the one it normally experienced.

We have an advantage over fish in that it should be easier for the philosophers among us to imagine a world where secularism is not the norm. The trouble is that we seem to have very few philosophically-inclined citizens or law-makers in the population. We live in a world where every trace of the divine or the supernatural has been systematically and ruthlessly swept away. Our western culture may say that God exists or allow for the possibility, and America may even inscribe the sentiment “In God We Trust” on their currency when it is perfectly clear that the trust really lies in money and in a heavily-armed military. But despite such theorizing the real religion of the West is practical atheism. We live from dawn to bedtime as if God did not exist, which is of course the real test for whether or not we really believe that He does. We turn scientific insights about evolution into a proof that God does not exist, and never feel our dependency upon God and His care with any emotional force. We no longer sing hymns while we work as our forebears did, nor fill the churches on Sundays, or say “God willing” in our daily speech when speaking of future plans, or say “Thank God” when we are grateful. We take all this as perfectly normal. Secularism thus is no longer regarded as secularism or as one option among others, but simply as how the world is. Just as fish do not know they are wet, so the West does not know that it is secular.

That is why it comes as a shock when people from the West visit the East—either the Christian East of Russia or the Islamic East of Saudi Arabia. In Islam, for example, it is taken for granted that God (in Arabic “Allah”) is the first and most fundamental fact of human daily life, and that conviction fills and shapes Islamic culture. Given the violent nature of the Quran, this shaping is not always a happy one. But the fact is that Islamic culture is saturated with an awareness of the divine in a way that is inconceivable in the West.

That is, in the modern West. For if we had a time machine we could visit our Christian forebears prior to the (so-called) Enlightenment and see that religion shaped their world in the same sort of way that Islam shaped the worlds to the east of them. And if our time machine had wheels on it, we also could visit distant pagan lands too and see how their pagan religions and faith in their gods similarly shaped their daily life. The human race therefore has always been religious in some way. Religion and a feeling of dependence upon the gods or God was the universal normal. A world swept clean of the divine would have been as inconceivable to them—in the same way as their religious world is practically inconceivable to the modern West.

We Christians who live in the West know that we are wet—i.e. that we live in a society which is odd and also at odds with our personal faith. Some western Christians feel that the tide can be turned, and that the West can again return to its Christian roots and become culturally religious. Others, like me, think that particular ship has sailed, that Byzantium is gone and not coming back, and that therefore we must settle it in our minds that we will live our lives in a hostile environment. For Orthodox this should not come as something foreign or unsettling, since we praise the martyrs so often in our hymns and hold them up as examples. For the first three hundred years of our existence we Christians had to face persecution or its threat as the permanent background of our daily lives. It is not as if a catacomb existence is anything new.

Regardless of how we view the chances of returning the West to the Christian faith we at least must acknowledge that this world is not our true home. Our true home is the heavenly Jerusalem, the Kingdom of God, and at our baptism we took up citizenship in that Kingdom. Here in this age we are strangers and sojourners, and now we are awaiting passage that will carry us home. Until that ship comes, let us rejoice, and pray, and do as much good for this old world as we can. But our heart is not in the world. We look to the horizon and to home. We would be in Jerusalem.