Does medicine really contradict God's love and God's will? The Lord Himself did heal the sick.
Natalya Mihailova | 09 February 2018 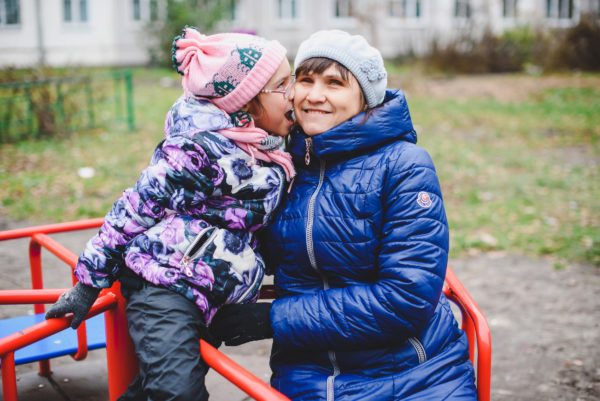 Yulia and her daughter Viktoria

On February 8, 2018, Vladimir Yuldashev, Head of Psychiatry Department at Bashkir State Medical University, delivered a speech at a scientific board meeting, in which he made an appeal against saving lives of premature newborns saying, “we intrude in God’s work”.

Yulia Golovko, a physically handicapped, the mother of a premature newborn and who has medical education, shared her opinion on the matter:

Playing God is exactly deciding which child deserves to live and which does not. Medical workers are not supposed to take the role of God. Their duty is to do their best to save a child. The result is in God’s hands.

Does medicine really contradict God’s love and God’s will? The Lord Himself did heal the sick.

If one follows the logic of this appeal, one can conclude that medicine is unnecessary. When I was four years old, doctors confirmed the diagnosis of “insulin dependent diabetes”. So why did they have to prescribe me treatment or to give me expensive medicine? The progress of the disease was easily predictable, except for some detail. It usually results in a visual impairment and kidney failure. Maybe they should not have “condemned” me to impairment? They “condemned” me to graduating from a school and then a medical university, to practicing medicine, to a fresh start after I lost my sight and became a mother.

Thanks to God, modern medicine, and the professionalism of Kazan medical workers, I managed to carry and give birth to a daughter, despite my diagnosis. She weighed 3 pounds when she was born. She is now six years old and will go to school this year. She reads avidly and dances well.

This would all seem incredible one hundred years ago, because people died fast of diabetes back then. This is to say that medicine has advanced and perhaps it will someday reach a stage, at which the risk of complications for newborns weighing 1.1-1.3 pounds will decrease to a minimum.

Having experienced kidney failure, I would not wish to hear a doctor saying, “Why should she have such an expensive operation as kidney transplantation? She will remain handicapped anyway”. I hope to raise my daughter, to be with her on her graduation day…

I believe that medical workers should not value index numbers, but people. I say this as a person who has medical education. Everyone has their own priceless life given by God. Doctors’ duty is to preserve it, not separating those who have a right to be saved and those who do not. Otherwise it is too close to the idea of “master race”, when only one hundred percent healthy white people deserve to live. I would not want my daughter or nephews to live in such a world.