Does God Punish Us? 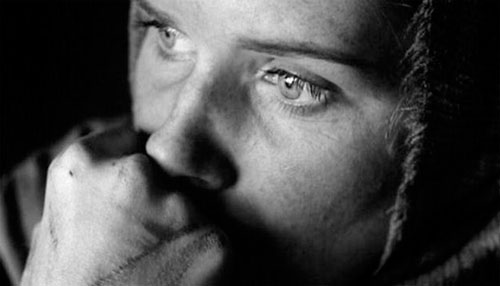 Sometimes priests come away from hearing confessions with a sense of profound sadness. That sadness is often due to the realization that we have allowed our faithful to acquire and live with images of God that are woefully distorted, images that seem to have little to do with the One who reveals Himself in Scripture and the Church’s worship. This is hardly surprising, since the popular media presents Christianity either as a fundamentalist cult or as “life-enhancing” therapy. And most of us read Time or Newsweek more religiously than we do the Bible. If “we are what we eat,” then this popular fare will inevitably leave us malnourished, burdened with an understanding of God that has little to do with reality as we know it from Holy Tradition and ecclesial experience. 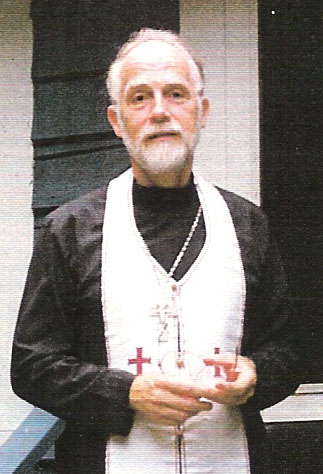 Many Christians, of both East and West, suffer from an image of God that goes back to the period of medieval scholastic theology. They conceive—and dread—Him as the vindictive Judge who, angered by our sinfulness, demands from us some form of propitiation: a payment to allay divine wrath. Although they believe in Christ’s saving work on the Cross, they are also convinced that to be saved from eternal damnation they must make personal penance for their sin through some form of “work” they themselves offer: through an accumulation of good deeds that outweigh their sins on the scales of divine justice, or by enduring personal suffering, in order to purge themselves of their guilt and to free themselves from the consequences of sin, which is death. Without such penance, construed as punishment, there can be only eternal condemnation: consignment to a place where there is endless weeping, wailing and gnashing of teeth. A classic example of this type of thinking is the way some people, including some theologians, present the dubious tradition of “toll houses,” stages of purifying punishment through which the soul must pass in its quest for eternal life. But we find it as well in the comments people make about their daily experiences: “However much I may have confessed, however faithful I may try to be, God is punishing me because of my (past, present or future) sins.”

In reaction to this way of thinking, others adopt today’s “feel good” religion that rejects the very notion of sin, and dismisses as quaint and irrelevant any threat of divine wrath or judgment. The biblical affirmations “God is good” and “God is love” mean God lets us get away with anything we want, so long as we have “faith.” Which means, so long as we are convinced that God fits the benign, domesticated, and “maternal” image in which we have recreated Him/Her/It. The Protestant Reformers’ rejection of purgatory and a treasury of merits, appropriate as it was, merely set the stage for the “once saved, always saved” dogma, the notion of “assurance” that for many people today means little more than “insurance” against God’s judgment and our responsibility.

As so often when things become polarized, the truth lies somewhere in between. Many Orthodox (and certainly many other Christians) recognize and celebrate the gospel promise of total forgiveness of sin, where that sin is confessed and an attempt at repentance is earnestly made. They know from Scripture, liturgical worship, and personal experience that we cannot save ourselves, but that Jesus, the eternal Son of God, has effected our salvation by His death and resurrection: He has utterly defeated the power of sin and death that held us in bondage. Yet they often harbor, consciously or not, the notion that their personal suffering—whether physical, emotional or spiritual—is a result of God’s need to exact retribution. His forgiveness they see as contingent on an act of “repentance” on their part that inevitably involves “penance,” construed as a form of punishment. It has to be said, though, that insofar as penance is conceived as the means by which we free ourselves from the consequences of sin, rather than as a pedagogical tool to aid us in a quest for holiness or sanctification, then we have misunderstood the very core of the gospel and have set ourselves outside the bounds of Orthodox Christianity.

The Greek term metanoia, which we translate “repentance,” actually signifies a “turning,” a changing of direction or orientation. Once this radical reorientation begins, we enter on a pathway often marked by struggle and even suffering. But if we truly “seek first the Kingdom of God,” we quickly learn that the Hand that guides along that pathway never punishes us out of vengeance or vindictiveness. As the Risen Lord declared to Saul, what He seeks from His followers is a transferal of their loyalty and their liberation “from the power of Satan to God, that they may receive forgiveness of sins and a place among those who are sanctified by faith in me” (Acts 26:18). Suffering endured in this light is not punishment; it is not the bitter recompense for our sinfulness. It is, like any “penance” a spiritual father may impose, a call and an encouragement toward true metanoia, toward that reorientation that leads us through life’s struggles and temptations, and ushers us finally into the open arms of the God of infinite compassion and mercy.

We can reply to our original question, then, with a simple “no.” No, God does not punish us. Rather, He guides, chastens, purifies and strengthens us through every event and every experience, with the single minded concern to embrace us forever in the fullness of His love .

The final word belongs to St John, the Beloved Disciple, who knew Christ perhaps better than any of the other apostles. Before the fearful day of judgment, he declares, “we may have confidence,” not in our merits nor in punishing penances we may have endured, but in the love of the God whose very essence is Love. “There is no fear in love, but perfect love casts out fear; for fear has to do with punishment….” The Way into the Kingdom of Heaven is not through punishment, through suffering imposed by a wrathful God whose justice outweighs His mercy. It is through love: the boundless, self-giving love God has for us, to which, in an attitude of ongoing repentance, we respond with love for Him and for one another (1 John 4:16-21). 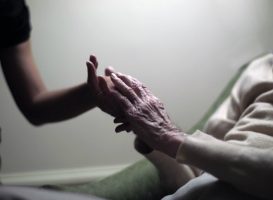 Our Intercession Must Become Real and…
Metropolitan Anthony of Sourozh

For eighteen years of my life I have worked in hospital; first as a student, then…