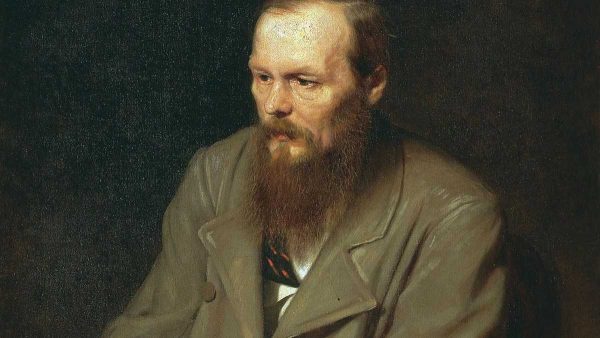 Great Russian writer Fyodor Mikhailovich Dostoevsky’s work decisively marked the literature, philosophy, psychology and theology of the 20th century. He was born in Moscow two centuries ago, on November 11, 1821.

Dostoevsky was born in a Lithuanian family. His grandfather was a priest, his father was a military doctor and his mother came from a merchant’s family. Fyodor had seven brothers and sisters.

The writer graduated from a military engineering institute and worked as a designing engineer. He published Poor Folk, his first novel in 1846, when he was 25.

He was arrested and imprisoned in 1849 for anti-state activities against Tsar Nikolai I. On November 16 of the same year, he was sentenced to four years of forced labour in Siberia for his connections with a group of progressive revolutionary intellectuals from the Circle of Petrashevsky.

A rediscovered Orthodoxy in prison

The detention had important consequences on the writer’s health, but it also favoured his rediscovery of the spiritual path of Orthodoxy, which would mark his whole subsequent work.

“Fyodor Mikhailovich Dostoevsky was formed in an Orthodox atmosphere, with deep study of the Holy Scriptures, expecially during his stay in the Siberian labour camp. His spiritual seed, planted in a frail body, raised and transfigured his sickly constitution in one of the greatest treasures produced by the Russian and even by the European land,” remarked Father Gheorghe Holbea, former dean of the Bucharest Theology Faculty.

“His devoted mother awakened his spiritual background, the prison nurtured and accomplished this spiritual growth and the immoral society of his time, conquered by atheistic socialism and by indifference strengthened him in the fight against all that was incompatible with his soul, with the mystical thrill felt in the presence of God, Whom he felt an irresistible need to serve,” said Ștefan Dobra, as quoted by Father Holbea.

“His work was born and nurtured by the spiritual atmosphere of the 17th and 18th centuries Philokalic movement, when the first Slavic editions of the Philokalia series were published,” mentioned Father Holbea in one of his recent conferences entitled “The Philokalic dimension of Dostoevsky’s Work”. See video.

When he was released from prison, Dostoevsky joined the Army, then he worked as a writer and journalist.

He married Maria Dmitryevna Isayeva in 1859. After 1864, the year when his wife died, the writer suffered from acute depression and started to gamble, which got him into huge debt. There followed a period of travel in Western Europe de călătorii în Occident. In 1867 he married Anna Snitkina, a 20-year-old stenographer with whom he had four children.

In 1866 he published his famous novel Crime and Punishment, which focused on a moral and psychological conflict generated by the atheistic presupposition.

Three years later, in 1869, he published another one of his famous novels, The Idiot, whose main character is Christ-like Lev Nikolaevich Myshkin: a completely sincere and kind man who suffered from epilepsy, just like the author.

The Karamazov Brothers (1880), considered by Sigmund Freud “the most magnificent novel ever written”, has a powerful religious vein and paints a complex picture of his epoch, with its philosophical, moral and religious issues revolving around affirming or denying God’s existence.

The novel illustrates themes such as atonement through suffering, the need for Logos in a seemingly irrational universe, the fight between good and evil, the supreme value of personal freedom.

On November 12, 1971, the Dostoevsky Museum was inaugurated in Sankt Petersburg, located in the apartment where he wrote his last novels.

On December 30, 1991, Sankt Petersburg also inaugurated a subway station named after him: Dostoyevskaya metro station. On June 19, 2010, a station with the same name was inaugurated in Moscow.

The 200th anniversary of the writer’s birth was marked in Romania by Doxologia, the publishing house of the Metropolis of Moldavia and Bukovina, which published a new edition of the volume Marele Inchizitor. Dostoievski în lecturi teologico-filosofice (“The Great Inquisitor. Theological and philosophical readings of Dostoevsky”).