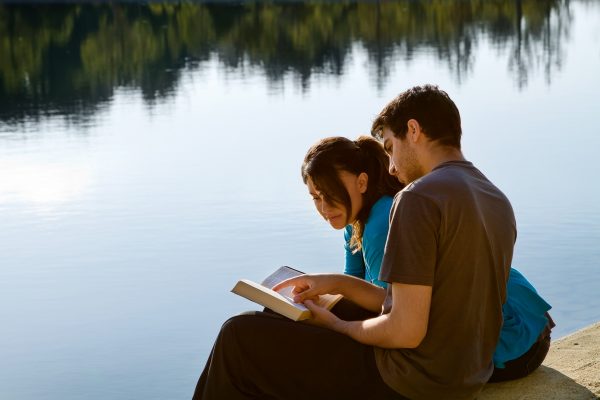 Some years back, I sat in on a meeting between my bishop and a young man looking to attend seminary. After getting the bishop’s approval, he asked a wise question: “What should I be reading to prepare?” I was as interested in the answer as he was. “Read good literature,” was the answer. This advice came from a bishop who is both a scholar and a monk (Archbishop Alexander Golitsyn). Read good literature. This is not so much advice for the demands of seminary – it’s advice for the soul.

Our culture tends to have a focus on the mastery of information, the management of the facts. I recall a famous television evangelist who touted himself as having memorized the entire Bible. It made him a television evangelist, not a great soul or a deeply wise man. It can indeed be little more than a carnival trick.

I was once told that this same advice was given to inquirers and catechumens by Fr. Seraphim Rose. It’s one of the best things I’ve heard about him – it shows a preference for the soul over an indoctrination of the mind. So many who inquire into the faith would do well to heed such sage advice.

Growing the soul is not at all an obvious thing. Plato, in his Republic, suggested that musical training be required for all children precisely for the formation of the soul. The soul is ever so much more about who we are, and the character of who we are than what we are and what we know.

As the traditional “canon” of literature continues to come under withering attack in the American academy, more and more people are simply “ignorant” souls. It is not so much that they lack the information gained from such literature (though they do), but that they lack a depth and the ability to reflect that is only made possible through engaging with the greatest ideas, the greatest music, the deepest beauty. Only a great soul can teach another soul to become great.

Several years ago, in a class of inquirers, I mentioned Alexander Solzhenitsyn. Everyone in the class had a college education, or a nearly complete degree. A young man asked me who Solzhenitsyn was. I was staggered. I realized immediately that the notoriety of this spiritual giant had passed some time in the 80’s and 90’s, but this only refers to his notice by the 24/7 news cycle. Sadly, few of those who know his name will have read anything by him. Our knowledge of culture too often extends to trivia, the stuff that comes up on Jeopardy.

I have frequently encouraged readers towards a slower life. As we hurtle along at the speed of our internet service, we tend to nurture the habit of brief encounters. We assimilate information that has been formatted for speedy acquisition. The depth of contradiction, paradox and context tend to be eliminated. It is mostly fodder for delusion.

The brilliance of the internet is its ability to “skim and retrieve.” Its genius fails when it comes to understanding and analysis. True human knowing requires the large (and slow) effort of attention and communion.

Some years back I decided to get serious about Dostoevsky. I had read his novels and pondered them. It was obvious to me that there was much that was being lost, both in translation and in the larger cultural references. I hunted down a commentary on his work and started the long, and often dull exercise of studying. It seemed worth doing. I have done the same with Solzhenitsyn. I have recently been slogging my way through Dionysius the Areopagite. I have thrown Origen onto my list of studies. Not everyone is a scholar, nor able to digest scholarly works. But we need to understand the difference between the slow, patient work of mature, healthy scholarship and the brief summaries and opinions that pass for information on the internet.

Depth requires that we admit how much we do not know.

We will not be saved by information, least of all, the shallow information of our current culture. The work of salvation is slow, patient, and deep. It is filled with paradox and contradiction – things that can only be reconciled in the context of a life that lives them. Good literature, truly good literature, brings us into contact with just such realities.

You are our epistle written in our hearts, known and read by all men; clearly you are an epistle of Christ, ministered by us, written not with ink but by the Spirit of the living God, not on tablets of stone but on tablets of flesh, that is, of the heart. (2 Cor. 3:2-3)

In truth, such an epistle is more than a brief letter – it is the deepest of novels. God gives us grace to read the “tablets of flesh.” They have not been digitally formatted…