Source: RT
Surrogacy and abortions are a major threat, not only to Russia, but to humanity as a whole, and are leading to its extinction.
Natalya Mihailova | 26 April 2014
Russian MPs have prepared a new bill on surrogacy that includes a ban on hired surrogate mothers, a mandatory agreement from a special medical commission and a restriction of its use by single people. 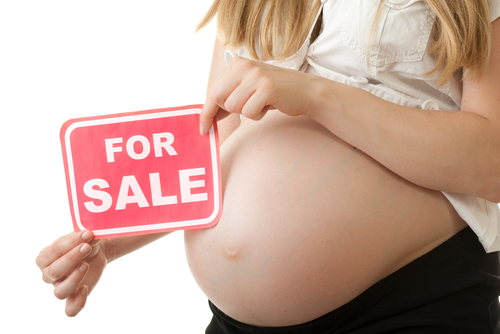 The head of the State Duma Committee for Women and Family, Elena Mizulina, said in an interview with Izvestia newspaper that there were no plans to ban surrogacy, but more state control was needed in this sphere due to the large number of problems it causes.

For example, there are numerous cases when a child born from surrogacy is later refused both by the genetic parents and by the surrogate mother, Mizulina noted. This makes the child an orphan without even a name, she added.

“Surrogate mothers have practically no rights in the current Russian reality. Their health is not protected legally, pregnancy leave is still an open question and it is not even clear who should be taking it – the surrogate mother or the biological one,” Izvestia quoted the lawmaker as saying.

To change the situation for the better, Mizulina’s committee has prepared a draft law and offered it for broad public discussion on Thursday. The main objective of the document is introducing legal limits of the method and allowing its use in extraordinary situations by infertile couples.

In particular, the new bill limits the use of surrogacy by single men and women. As same-sex marriage is not legal in Russia, this would practically mean a ban on surrogacy for gay couples as well. The draft also suggests only allowing surrogacy procedures in state medical institutions and setting up special boards with such institutions in which medics, social care workers and representatives of religious organizations would give their approval for operations after studying each particular case.

While defending her point, Mizulina noted that surrogacy is currently banned in many countries, including France and Germany and even more nations, like UK had outlawed commercial surrogacy. Most countries in the world only allow its use to married couples, she added. A number of countries, like the Netherlands have legislative bans on advertising and promotion of surrogacy services, the MP said.

Mizulina represents the center-left Fair Russia party and promotes religious ethics and ideals in the parliament. Last year she suggested in a public speech that surrogacy and abortions are a major threat, not only to Russia, but to humanity as a whole, and are leading to its extinction.

This is close to the position of Russian Orthodox Church. In October last year, a top Orthodox cleric blasted surrogacy as “mutiny against God” and “happy fascism,” and said that the Church would press for a complete legislative ban.