In the Russian tradition the Tuesday following Thomas Sunday is called Radonitsa (from the verb “radovat’sia” meaning “to rejoice”). It is dedicated to the commemoration of the reposed: a general panikhida (memorial service) is normally served in church, following which litias for the reposed, accompanied by the singing of the Paschal Canon, are served at cemeteries and gravesites. 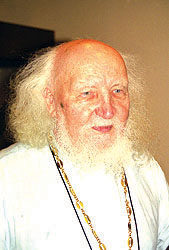 Today is Radonitsa. Radonitsa – to rejoice. We address all the departed with the greeting “Christ is Risen!” To put it figuratively, it is as if we descend into hades to apprise the captives, in order to speak with all the deceased in human language.

Christ descended there, and today we descend. But this is only our logical construct. Following the descent into hades of Christ, hades is nowhere; there is neither death nor are there any dead. Thus we speak with the so-called dead just as we would with the living: Christ is Risen! And if we had real hearing, and not the sort that distinguishes only earthly sounds, then we would hear: Truly Christ is Risen! And their “Truly He is Risen!” would be heard more distinctly than ours – for they know more than we do.

We see as through a glass, darkly; they see properly, viewing with their own eyes what is there. And there – there is life, true life. Here we also call what we are living life, but it is not life: at best, it is time allotted us in order to attain real life; at worst, it flashes by for an instant – there it is – and then just as suddenly it is gone. There, there is only “is”; there, there cannot be “not.” But we need to penetrate all this through faith, and through faith in the Risen Christ. Christ is risen and the bonds of hades are broken; Christ is risen and there is no death; Christ is risen and the triumph of life has begun for us all, but because we are yet on earth this triumph of life is not very intelligible to us.

In Acts it is related how the Apostles preached the Risen Christ, and the captain of the temple, and the Sadducees came upon them, being grieved that they taught the people, and preached through Jesus the resurrection from the dead [4:1-2] – and to this day they are grieved that they are preaching through Jesus the resurrection from the dead. But without this, without the Resurrection of Christ, there are only dead bodies in the cemetery, and we ourselves are preparing to become corpses. 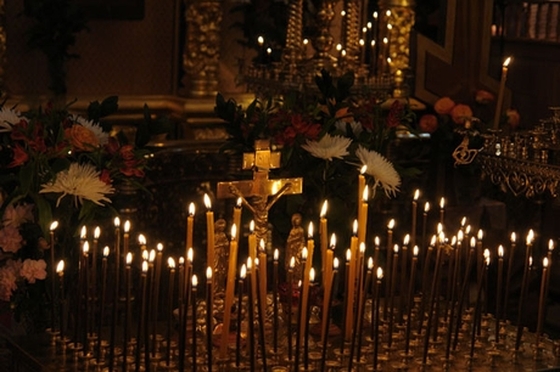 With the Resurrection of Christ there are no dead, and we will never be corpses. But people do not want to understand this; one is persecuted for such joyful preaching. Thus, it is further related in Acts: And they laid hands on them, and put them in hold unto the next day: for now it was eventide. Howbeit many of them which heard the word believed, and the number of the men was about five thousand [4:3-4]. How can one not believe, for the human soul is the likeness of God? And how can one not be humbled by a situation in which dying is considered normal?

Sometimes preachers of the Resurrection are asked by what power or by what name they do so, to which there can only be one answer: by the name of Jesus Christ of Nazareth, Whom ye crucified, Whom God raised from the dead [4:10]. Which is why, in spite of everything, we say: Christ is Risen! And the human soul cannot help but reply: Truly He is Risen! Which is why we address the dead as we would the living, and they reply to us as would the living: Truly Christ is Risen!

In the Gospel reading (the usual one read over the departed) it is said: For God so loved the world, that He gave His only begotten Son, that whosoever believeth in Him should not perish, but have everlasting life [John 3:16]. Whosoever believes in Christ does not perish, but has everlasting life. Only one’s faith should be not dead, but living. It is living when it is bound up with good deeds, for God did not send His Son into the world in order to judge it, but so that the world would be saved through Him. Hence we are forbidden to condemn one another. Not to judge, but to save!

By judging another we judge ourselves. The world should be saved, everything should be done in order to save the world, as difficult as this might be. Here is a precise definition of unbelief: it is the judgment of one’s own self. If you do not believe, that means nothing is alive for you – you are dead. Judgment not as condemnation, but as the correct understanding of the essence of things, consists in this: that light is come into the world, and men loved darkness rather than light, because their deeds were evil. For every one that doeth evil hateth the light, neither cometh to the light, lest his deeds be reproved. But he that doeth truth cometh to the light, that his deeds may be made manifest, that they are wrought in God [3:19-21]. If our conscience is clean, then the light is precious to us, too; but he who is hiding in the darkness hides his conscience. To the light! To the light of Christ – this is our only path, in which is truth and life!

Christ is Risen! May the response, “Truly He is Risen!” not remain in words only. Let us live for the Risen Christ, that we may not only commemorate the departed, but also meet them in eternity, meet and rejoice – and then our joy will be without end. Christ is Risen!

Delivered on May 4, 1981, in the Church of the Vladimir Icon of the Mother of God in the village of Vinogradovo (Moscow Oblast). 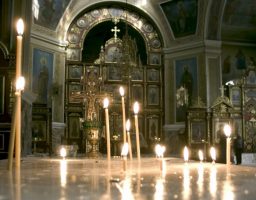 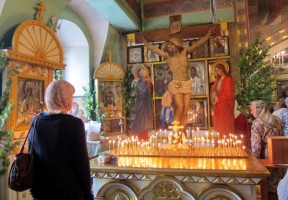 The Lord’s Entry into Jerusalem is also His entry into this little church, which cannot hold many, but…