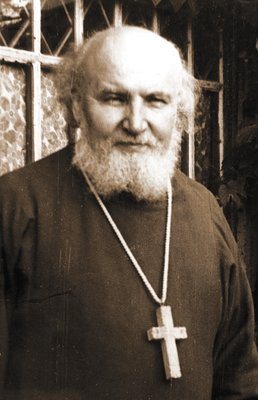 The Lord’s Entry into Jerusalem is also His entry into this little church, which cannot hold many, but into which many would like to enter. We are fortunate that we are here, next to the Lord passing by on a donkey.

The donkey is a submissive animal, one that can also symbolize people who submissively carry out God’s will. They place their backs under the Lord: O God, do Thy will!

The Lord’s Entry into Jerusalem is His entry into each of our homes. Just imagine how you would react if the Lord appeared in our home.

The Lord’s Entry is a continuation of the Lord’s path for our salvation. The Lord has done everything earthly that needs to be done. Now this needs to be secured, and this can only be done by suffering.

In glory we are ready to rejoice, but will we rejoice in ingloriousness and suffering? Meanwhile, as Christians we often repeat: punishment and suffering are God’s mercy, but we do not always put this into effect in life. Moreover, we come to believe that the Lord has suddenly abandoned us when trials come.

Taking up the branches of greeting, we need to be able to take up shame, scourging, and even crucifixion, whether a violent death or a death, as the poets say, from a weepy family. [1] Death is a crucifixion for us, and in death we are crucified for the Lord, so long as we accept it as a visitation, as God’s mercy. Imagine what kind of awareness one needs to attain to consider death to be God’s mercy…

These are the kinds of meditation and reflection suggested by the Lord’s Entry into Jerusalem, into our church, into our home, and into our soul. 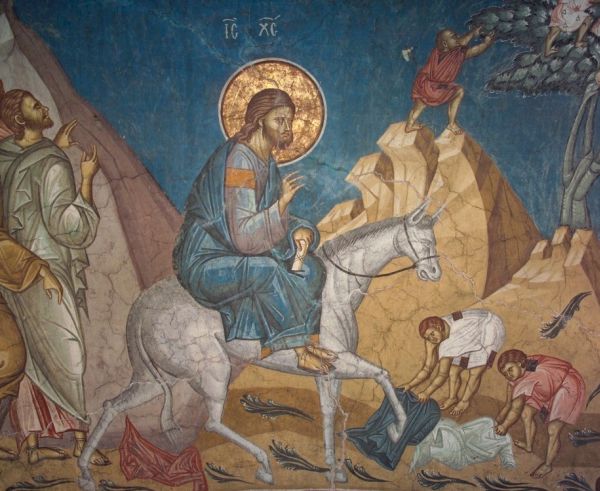 One can also imagine the Lord processing through our streets: this is also a special test. Would we then greet the Lord or would we look askance, as the godless world looks upon us? Do not take pride in thinking that you would greet Him. Recall how you sometimes are ashamed to cross yourself openly, to talk about God, to stand up for your convictions of faith. This means that the Lord’s procession through our streets is a test of our readiness to follow the Lord when He is being led to His suffering.

“Appeared” does not refer only to the moment and day of our Baptism. “Appeared to us” now means that everything that the Lord does should sink into our mind and be a check to our conscience.

Blessed is the Lord! Hosanna in the highest! Everyone was excited, everyone was in motion.

The Lord comes upon a donkey, but He also comes upon the sufferings of the Cross. Faith in God is just contemplation of the Lord’s Entry, or participation in this Entry. It is the continuation of this path until it joins and enters the Heavenly Kingdom. Amen.