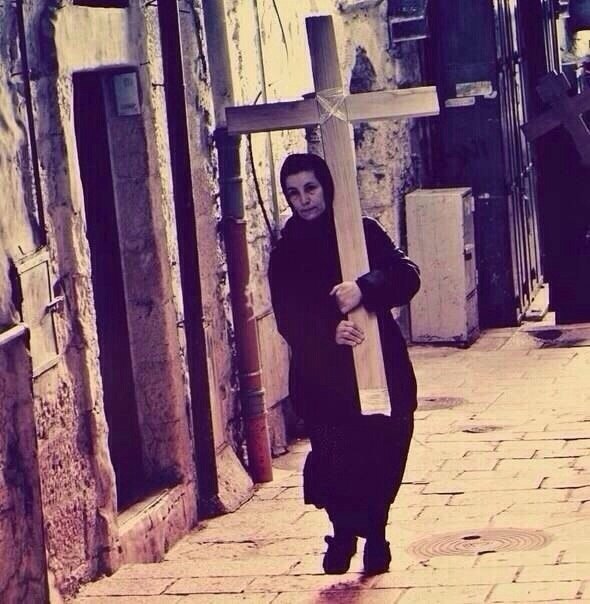 “He said unto them, ‘Whosoever will come after me, let him deny himself, and take up his cross, and follow me.’”

The Sermon of Sermons … is the Sermon for the Cross, presented to us today by our Mother Church, on the Sunday after the elevation of the Honorable Cross. And we are all invited to offer to the Cross our hearts, instead of flowers and basils. The Church calls us to raise ourselves from the earth and our ordinary life, to gaze upon the brightness emanating from Christ and His Cross. The most central sign in the gospel is the sermon of the Cross of Christ: God on the Cross — incomprehensible and never understandable. Only men whose hearts pound with sincere feeling are capable of comprehending the meaning. Only those who love, and are ready to sacrifice themselves for that which they love, only they can understand the Sacrifice of the Son of God. The rest will remain indifferent. But again there is no real measure by which we can compare the love between men and the love of God towards man.

St. Paul tells us that the cross of our Lord was foolishness for the Greeks and a scandal for the Jews. For the chosen people, whether they be Greek, Hebrew, or Roman, the Cross will remain as the power and wisdom of God.

The first (being the Greeks, i.e. philosophers) asked for the solution to the problems of this world and the next, but in the measure of their own wisdom. Whatever went beyond the limits of their own already limited wisdom or understanding, they refused to discuss. But they were hardly successful… “For after that in the wisdom of God the world by wisdom knew not God” (I Cor. 1:21).

The latter (being the Jews) sought the solution of their problems in the deification of money, in the ransoming of their conscience; Which is exactly what has happened today. “Money talks.” They try to materialize the most immaterial ideas. They neither recognize God or His will for their own salvation, and they are of no help to others. Only the Christian sermon can save the world, and then, not all, but only those who pay attention (I Cor. 1:18).

The Cross is the greatest consolation for the faithful, as many as accept Christ, the crucified Christ. When the Jews finished their act of deicide, satisfied with their work, and watching the God-Man suffer, they said to Him: “Save Thyself and come down from the Cross,” thinking that the sacrifice of the Lord was an ordinary condemnation. When Christ climbed upon the Cross He offered salvation to the world, and each man to gain his own salvation must also climb upon the Cross in his own way.

The coming of Christ into the world in theological language is understood as “kenosis” — self-emptying — and the last step of this kenosis is the Cross. Whosoever will empty himself, whoever will crucify himself — only in this way can the earthly man be glorified and spiritually devoted.

In the life of the Christians the Cross means sacrifice. But today, man is unwilling to sacrifice. Oftentimes man despises those that not only sacrifice for themselves but in behalf of others. Christ did not promise His disciples earthly thrones when He called them, simply because He Himself did not possess these things … “My kingdom is not of this world.” And neither did he promise pleasures and a good life … “The birds of the air have nests and the foxes have dens but the Son of Man does not have a place to lay His head.” He did not promise them positions and offices because He had not the same Himself … “I did not come to be served, but to serve and to give my soul for the redemption of many.” He did not speak to them about calm and peace … “because if they have persecuted me, they will persecute you.” What did Christ promise? Sacrifice, self-denial … the cross: “Whosoever will come after me, let him deny himself, and take up his cross and follow Me.”

My beloved, our life will be a cross. Everyone will have a cross to bear, be it large or small, made from gold, silver or wood. Today all Christian denominations face a great problem — the lack of worthy priests. Thousands of men study theology but never become priests. Why? What is the reason? Could it stem from financial problems? No. The reason is that we all seek an easy life, without responsibilities, a life without a cross. And those who refuse to bear their cross suffer a change of attitude, becoming hostile towards those who do accept their cross. The bearers of the cross serve the Church and man patiently, and offer themselves as a sacrifice for the betterment of society, for the peace of the world.

Dear Brethren, do we want to better ourselves — the lives of others and that of society? Then let us improve it through the Cross. Not with accusations and slander, or by the knife or gun — but with the Cross. The Cross, not merely as an ornament, not as a sign on the banners of war, or topping the crowns of kings, but the Cross inscribed in our hearts. The Cross, the instructor and symbol of our life according to St. John Chrysostom. Amen. 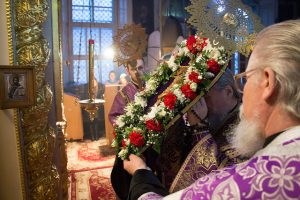 On Not Being Ashamed of the…
Priest Philip LeMasters 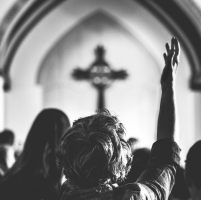 “To Live As If God Really…
Archpriest Antony Hughes

Life is a Road: On the Tenth Sunday after Pentecost