A certain historian, who was a patron of St. Chrysostom and a great admirer of the saint’s virtue, has preserved for us the following account. A statue of the Byzantine Empress Eudoxia was erected outside of the cathedral church of St. Sophia. The people, rather than going to church as usual, remained outside during the Divine Liturgy, dancing around the statue and celebrating its erection in front of their church. Those who were at Divine Liturgy began to leave during the sermon, in order that they might join the crowd that was already outside. Finally, only one old woman remained. St. Chrysostom did not lose his temper; rather, he preached all the more zealously. At the conclusion of the sermon, when he re-entered the holy altar, Chrysostom was asked by one of the priests why he had continued to preach after all the people had left, and whether he thought it worthwhile to concern himself with one old woman. The saint’s reply was superb: “Had I achieved the salvation of that woman’s soul,” he said, “I would be the most fortunate priest in the whole world. For, had she been saved, there would right now be rejoicing in heaven among the angels of God because of that one soul.” St. John Chrysostom, who was known as “the golden mouth,” preached such fiery sermons that he managed to touch, and to move to tears, even those who hitherto had been so hardened in their sinful ways that nothing could reach them. If but one soul is touched, is moved, after having read this sermon, it will have served its purpose, and I will be content. I would hasten to add that I would not dream of comparing myself with St. Chrysostom; nor, due to my great unworthiness, would I compare the scope of my mission with his. 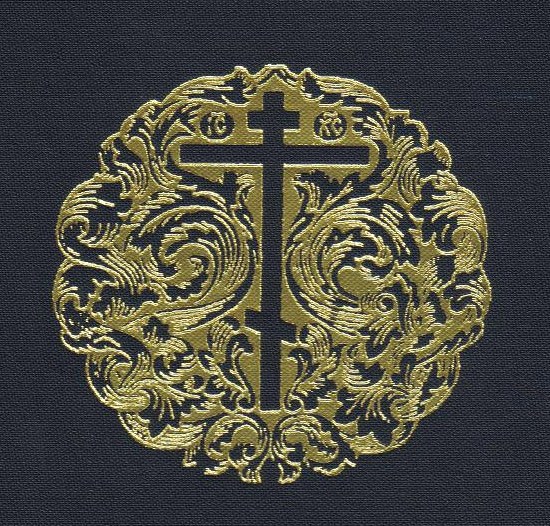 My subject is not particularly attractive, nor is it especially contemporary. I wish to speak concerning the Triodion. The Triodion is a part of the movable cycle of our ecclesiastical calendar which begins on The Sunday of the Publican and the Pharisee and draws to a close with Vespers on Easter Eve, Great Saturday. The hymns of the Triodion are extremely touching. Whoever studies the Triodion carefully immediately senses the great wisdom with which the fathers of the Church composed it. It blends together harmoniously. It is perhaps the best way for Christians to prepare themselves for Easter, not passing the time in mere frivolity, but in worshipful participation in our Lord’s passion and resurrection.

It is indeed unfortunate that many of our own people, the Eastern Orthodox, choose to ignore both our Church’s great wealth of hymnology and the road which leads to holiness. We who are priests must share the blame for this situation with the laity, for priests are responsible for the abbreviation and gradual “phasing out” of many of our beautiful services of worship, such as Vespers, Orthos, and the canons. Many parishes begin their Sunday worship (and end it) with the Divine Liturgy, omitting its beautiful liturgical introduction, the Matins. When the priest does serve Matins, few people attend, and those who do are generally the elderly. The great majority of the people come only for the Divine Liturgy, and many of them come when it is almost over, in order that they might venerate the cross and receive the blessed bread, the antidoron. Their coming at all is more than likely a mere salve to calm their consciences, and to enable them to say that they have been to church. I am sure that these very people would be highly insulted if they had invited guests for dinner, and most arrived when the meal was nearly concluded, and then refused to eat anything, with the exception of dessert. Yet these people see nothing wrong with treating God in this way. Our divine services are set up in such a way that Christians are to begin their worship on Sunday morning with Matins — the service of morning worship, and then participate in (not just attend) the Holy Eucharist — the Divine Liturgy.

Getting back to our discussion of the Triodion, just what purpose does it serve in Orthodox divine worship? It endeavors to reach the cold heart of unrepentant man, to lead him back to God through sincere repentance, to restore him to his adamic state of innocence. For this cause the Epistle and Gospel Lessons are arranged to further this end. On the first Sunday of the Triodion we hear of the Publican and the Pharisee, a contrast between prideful haughtiness and virtuous humility. On the second Sunday we hear of the Prodigal Son and his sufferings as he separates himself from his loving father. The Gospel Lesson for the third Sunday is both dreadful and beautiful — dreadful for those outside the saving grace of Christ, beautiful for those trusting in Him. It is an account of our Lord’s second coming, and the subsequent judgments.

On the Sundays of the Triodion, three very touching hymns are sung at Matins after the reading of the morning Gospel Lesson. The hymnologist addresses himself to the Lord Jesus, whom he calls the Life-Giver, beseeching Him, first of all, to open the doors of repentance to the poor sinner; and secondly, to accept him back, even though both his soul and body are polluted by sin. In spite of his unworthiness he dares to approach Christ, knowing that the Lord is compassionate and merciful:

Open to me the doors of repentance, O Life-Giver; for early does my soul betake itself to the temple of Thy holiness, journeying in the temple of my body, wholly polluted. But since Thou art compassionate, purify me by the clemency of Thy mercies.

Prepare for me the way of salvation, O Theotokos; for I have profaned myself with coarse sins, and my whole life is consumed by procrastination. But by thine intercession, purify me from all uncleanness.

The third hymn is equally profound. The hymnologist reviews his past life, and in the light of the awesome day of judgment beholds all his sins. Seeking a plea for mercy, with trembling he remembers the compunction of Kind David, and from the depths of his soul he cries out to God, Kyrie eleison.

When I contemplate the multitude of my transgressions,
I tremble at the fearful day of judgment. But, trusting
the clemency of Thy mercy, I cry to Thee as did David:
have mercy on me, O God, according to Thy great mercy.

The purpose of my sermon today is to extend a warm invitation to repentance. I implore you to correct your lives, to amend your ways. This is the season for tears and forgiveness. If in the past we have habitually arrived late for church, let us now make a firm resolution that, at least during this period of the Triodion, we will be present at all of the morning services, in order that they might help us to achieve, with piety, loyalty and hope, our Lord’s saving passion and resurrection.

An Excerpt from the book “Orthodox Sermons” By Rev. George Dimopoulos

You may also like: Why Do We Prepare for Great Lent? Isn’t Lent Enough?

The Liturgical Structure of Lent

Life is a Road: On the Tenth Sunday after Pentecost