Early image of Jesus without a beard discovered in Spain

Source: Christian Today
Natalya Mihailova | 06 October 2014
Archaeologists are excited by the discovery of a plate in Spain decorated with what they believe to be one of the earliest known images of Jesus. 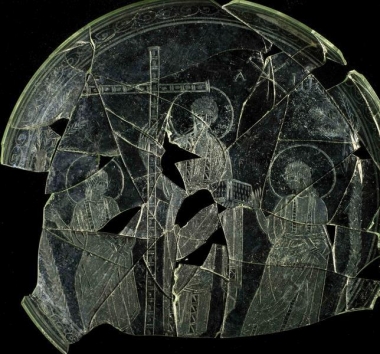 Archaeologists are excited by the discovery of a plate in Spain decorated with what they believe to be one of the earliest known images of Jesus.

The plate is made of glass and dates back to the 4th century. It was discovered in the ancient town of Castulo, near the Spanish city of Linares, and is believed to have been used to hold bread during the Eucharist, ABC reports.

The image on the plate appears to show a beardless Jesus holding the Cross in one hand and Scriptures in the other, and flanked by two apostles, most likely Peter and Paul.

It has been carefully pieced back together by scientists on the FORVM MMX project and is in excellent condition, with 81 per cent of the original surface area restored.

El Mundo noted in its report that the portrayal of Jesus is different from later depictions, as his hair is much shorter and he does not have a beard. He also appears to be dressed in a philosopher’s toga.

ABC writes that the scene on the plate is “in the celestial orb, framed between two palm trees, which in Christian iconography represent immortality, the afterlife and heaven, among other things”.