Easter fire in Serbian church in NYC caused by candles

Source: B92
Natalya Mihailova | 03 June 2016
Candles that had not been properly extinguished had caused the Orthodox Easter day fire in the Serbian Orthodox Church of St. Sava in Manhattan. 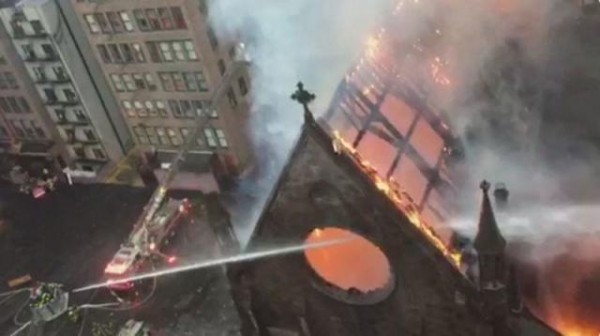 The New York Post quoted NYFD spokesperson Frank Gibbon as saying that fire marshals determined this was the cause of the fire.

According to investigators, the blaze was caused accidentally by the church’s 69-year-old caretaker who failed to completely put out the candles. According to the paper, no charges are expected.

There were no injuries or victims in the fire that destroyed the building in the night between May 1 and 2.

Three more Orthodox temples on three continents were damaged in fires on Easter, prompting speculation they were started deliberately.