Ecumenical Patriarch: Persecutions in Iraq Unjustifiable Before Both God and Humankind

Source: Orthodox Christian Network
What we are witnessing before our eyes in Iraq is the uprooting not simply of a religious minority – in this case the Yazidis, whose very existence is being threatened – but of an entire civilization.
Patriarch Bartholomew I, Archbishop of Constantinople, New Rome and Ecumenical Patriarch | 14 August 2014
Statement By His All-Holiness Ecumenical Patriarch Bartholomew On The Present Violence In Iraq 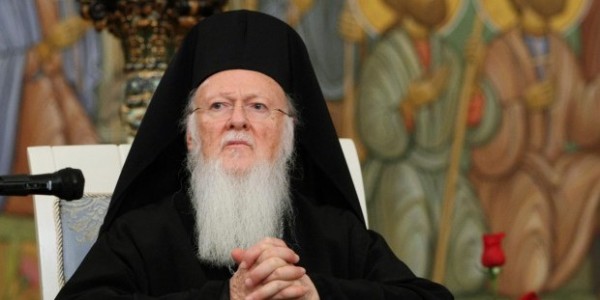 The recent wave of violence against innocent families and children in Iraq has rendered the world shocked and horrified. We will not remain indifferent or silent before such irrational persecution, cultural intolerance and appalling loss of life, especially when it is caused by religious hatred and racial hostility.

The targeting of tens of thousands of Christians (including Arameans, Chaldeans, and Assyrians) and other religious minorities (including Turkmens, Yazidis, and Kurds) can never be justified in the name of any religious creed or conviction.

What we are witnessing before our eyes in Iraq is the uprooting not simply of a religious minority – in this case the Yazidis, whose very existence is being threatened – but of an entire civilization. The victimization and extermination of women and children, as well as of the elderly and disabled, for any reason whatsoever – much more so in the supposed name of religious conviction – is a repudiation of our own future. Such calamity and cruelty of adherents to one religion can never be defended by cowardly and falsely invoking another religion. Such brutal acts are categorically unacceptable and unjustifiable before both God and humankind.

Violence never is pacified by violence, and hatred is only overcome by tolerance. Knowing that true and lasting peace only comes to pass through genuine encounter and dialogue, we call upon religious leaders and political authorities in this wounded region to promote conversation to resolve dispute, and to support peaceful means to overcome conflict.

We implore the same of all leaders in other parts of the world, especially in Gaza and Israel, in order that those conflicts, too, may not further escalate at the expense of more human life. It is precisely for this reason that, at the invitation of Pope Francis, we gathered in Rome for an interfaith summit of peace with Presidents Peres and Abbas last June.

The situation in Iraq is especially critical. The humanitarian predicament is more urgent than ever. Our response must be immediate and tangible. Therefore, we appeal to every responsible organization and every person of good will – beyond any support through perpetual and persistent prayer – to assist with material and humanitarian resources so that these innocent victims may no longer endure hunger, suffering, and death.

It is our wholehearted hope and fervent prayer that the God of love – worshipped by Jews, Christians and Muslims alike – may prevail over the false idols of fanaticism and prejudice. May the compassionate Lord grant peace to all.

At the Ecumenical Patriarchate, the 13th of August, 2014