Source: Eric Hyde's Blog
Eric Hyde | 05 May 2018
The approach to the faith for many adherents of the Effortless Christianity movement is that of a Zwingli-influenced doctrine of Sola Scriptura; that is, a reliance on Scripture alone combined with a dedicated rejection of Holy Tradition. 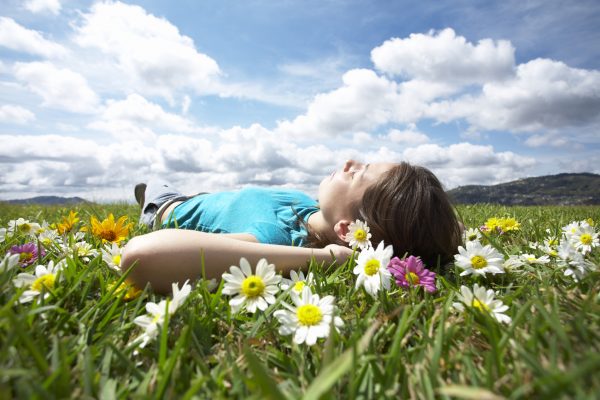 It is interesting when one claims to be an adherent of both effortless Christianity and the doctrine of Sola Scriptura, yet remains wholly unaffected by the Scripture’s overt teaching on the effort with which one is actively engaged when following Christ.

This article will be an attempt to convince such believers that following Christ, if it is anything, is a life similar to that of an athlete (to borrow an illustration from St. Paul) who disciplines his or her body and mind for the prize of eternal life. We will examine only those teachings that come directly from Scripture to see if it conforms to the claims of effortless Christianity.

One further note: in what follows the reader will not find a single reference to “works righteousness”; nor will he/she find a single reference to cold, calculated obedience to the Old Law; rather the effort which the Christian is called to engage in is freedom from death and sin – freedom not from God’s wrath, but rather freedom from one’s own prison of selfishness.

By far, examining the teachings of Christ on this subject is the most challenging. Not challenging in the sense of finding material, but challenging to decide what should be included from the over abundance of material in so short a space. Probably the best place to begin is with Christ’s parables. Many of the parables teach on the relationship between God and man and the cooperative effort of love and dedication exerted by each in the relationship.

Take the parable of the Wise and Foolish Virgins (Matt 25:1-13), the parable of the Talents (Matt 25:14-30), the parable of the Sower (Luke 8:11-15) the parable of the Prodigal Son (Luke 15:11-32), the parable of the Persistent Widow (Luke 18:1-8) – each of these parables describes what a believer must “do” in their life as a follower of Christ, not merely what they must think or believe. The wise virgins must keep their lamps lit, the faithful servants must invest the talents, the sower must keep what he’s heard and produce fruit with patience, the prodigal son must get up and return home, and the widow must be persistent in her petitioning of her king. None of these roles are “effortless.” The virgins who did not provide oil for their lamps were left out of the bridal chamber, the steward who hid his talent in the ground was rebuked for his laziness, those who did not produce fruit from the Sower were those who did not cultivate their heart to receive it, the prodigal son could have chosen to remain in the pigs mire, and the widow could have given up her prayers in effortless pursuit of the king.

Perhaps the most striking of Christ’s parables is the Narrow Way. When asked whether few will be saved, Jesus replies, “Strive to enter through the narrow gate” (Luke 13:24), for “narrow is the gate and difficult is the way which leads to life” (Matt7:14). The champions of effortless Christianity have virtually nothing to say of this and the other parables except to either ignore them or to explain that Jesus is merely speaking to Old Testament Jews when He describes such striving.

And who can forget the one Scripture that everyone, Christian or otherwise, knows by heart: “If anyone desires to come after Me, let him deny himself, and take up his cross, and follow Me” (Matt 16:24). Sounds pretty effortless.

What say you, Peter?

St. Peter wastes no time at all in his letters to define “genuine” faith as that faith which is tested by grievous and various trials and is found standing (1 Peter 1:7). There is probably nothing more anti-effortless than to believe that one must endure such trials. In many quarters of Evangelicalism today even the fact that one goes through a trial is a sign of a lack of faith.

Later Peter begs his listeners to “abstain from fleshly lusts which war against the soul” (1 Peter 2:11). Knowing that such abstinence requires much effort, Paul encourages his reader that “he who has suffered in the flesh has ceased from sin” (1 Peter 4:1). Suffering in the flesh is a good thing? Good luck being invited back to your regular hyper-grace church with this kind of preaching.

In Peter’s second letter he defines what salvation essentially is: becoming a partaker of the divine nature (2Pet 1:4), which the Orthodox Church understands as deification. But what does partaking of the divine nature entail? – “escaping the corruption that is in the world through lust.” For the effortless-Christian “escaping corruption” means escaping legalism, i.e., any form of obedience that causes mental or physical hardship. Faith is supposed to be easy, they reason; if it ain’t easy, you’re doing it wrong.

What say you, James?

One hardly needs reminding of James’ famous statement that “faith without works is dead” (James 2:20), but in the world of effortless Christianity this verse finds numerous creative interpretations to safeguard the doctrine of effortlessness from this New Testament writer. Though James says nothing essentially different from Christ and the Apostles, for some reason he receives special treatment from this brand of Evangelicalism. Regardless, James forever stands as a stark rebuke to those who would attempt to divorce faith from works.

What say you, John?

When compared with the writings of St. John, all the other New Testament writers, including James, pale in comparison to the seriousness with which John takes the issue of effortlessness. “By THIS we know that we know Him, if we KEEP His commandments” (1 John 2:3); “Everyone who has this hope in Him purifies himself, just as He is pure” (1 John 3:3); “My little children, let us not love in word or in tongue, but in DEED and in truth” (1 John 3:18); “Now he who keeps His commandments abides in Him, and He in him. And by THIS we know that He abides in us, by the Spirit whom He has given us” (1 John 3:24).

But, amazingly, the Sola Scriptura believing, effortless-Christian turns a deaf ear once again to this unequivocal message. St. John never once turns his reader’s attention to the Old Law, but rather to Christ and the Holy Spirit – to obey through loving affection He who has given them the power over the prison of selfishness and death.

What say you, Paul?

Oh man, I was dreading this the entire time I have been writing. St. Paul serves as the measure for many things in Scripture, but on this issue he is absolutely prolific; so prolific that, like Christ’s teachings, it is difficult to know what to highlight. Perhaps it would be best to select a few verses that deal with the correct understanding of grace, since this topic seems to be the one most thoroughly misunderstood by this movement.

The Orthodox Christian understands God’s grace as the uncreated, presence of God. It is not a created force that “covers” a believer so that one’s sins are invisible to God (as it is often taught in most forms of Western Christianity). As the uncreated presence of God, grace is God’s gift of Himself to the believer; it is the power to be conformed to the image of Christ; power to be a follower of Christ in this world; the power to be united in the Holy Trinity.

This is why Paul can claim that “sin shall not have dominion over you, for you are not under law but under grace” (Rom 6:14). Without the gift of grace one is helpless in the fight against sin and death. The Old Law could offer no power to defeat sin and death by itself. Grace is God’s gift of strength to stand and rejoice in the hope and glory of God (Rom 5:2, 6). Paul repeats this many times; see 2 Timothy 2:1, “Be strong in the grace that is in Christ Jesus.”

But, being strong has nothing whatsoever to do with effortlessness. The temptation is to see grace as something automatic, requiring no participation from the believer. But receiving grace in this light is to receive grace in vain. Paul routinely denies such a misreading. In his epistle to Titus, Paul explains that “the grace of God which brings salvation has appeared to all men, teaching us that, denying ungodliness and worldly lusts, we should live soberly, righteously, and godly in the present age” (Titus 2:11,12). He explained to the Corinthians that we are “God’s fellow workers… according to the grace of God” (1Cor 3:9). Grace empowers us to resist the powers ungodliness. Resisting such things in a world overcome with evil, in a world that tempts and tears at a man from every direction is anything but a sit-down battle. One must be engaged and actively resist the enemy of his soul.

Again Paul says, “We then, as workers together with Him also plead with you not to receive the grace of God in vain” (2Cor 6:1). This means that the grace of God can be received in vain. It is vain if it is not acted upon; it is vain if one takes grace for advantage and turns it into a “get-out-of-following-Christ” free card; it is vain if it is turned into lewdness (Jude 4) and used for self-destruction rather than salvation.

I hope this brief (incredibly brief) look through Scripture helps to clarify on another level the dangers inherent in the modern heretical gospel of effortless Christianity. It is only the imposters who tickle Christian ears with the prospect of laying down their spiritual arms when there is a battle for their eternal life raging all around them. Such men are false teachers and are on a mission to sheer the sheep of God for profit.