Source: CatholicCulture.org
Natalya Mihailova | 11 January 2017
Ahmed el-Tayeb, the Grand Imam of Al-Azhar, extended Christmas greetings to the head of the Coptic Orthodox Church during a recent visit to his cathedral. 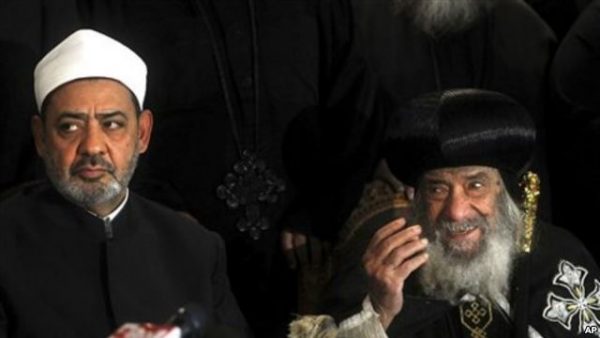 Ahmed el-Tayeb, the Grand Imam of Al-Azhar and Pope Tawadros II of Alexandria

Pope Tawadros II of Alexandria “said that the relationship between Muslims and Christians in Egypt, which dates back thousands of years, serves as a role model of coexistence,” according to a paraphrase of his remarks in Egypt’s leading newspaper.

The Sunni leader, who has the reputation of being a leading moderate voice in the Muslim world, emphasized the “enduring reality” of tolerance despite a recent terrorist attack on a Cairo church.