Source: Turkish Weekly
Natalya Mihailova | 10 October 2014
Egyptian authorities on Saturday will reopen a church in southern Cairo – where the Holy Family is believed to have sought refuge 2,000 years ago – after 16 years of renovations. 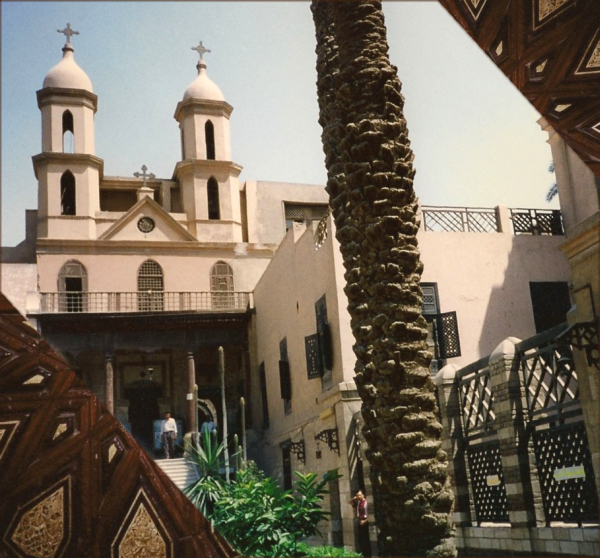 In a Thursday statement, State Minister for Antiquities and Heritage Mamdouh al-Damati said renovations on the St. Virgin Mary’s Coptic Orthodox Church – also known as the “Hanging Church” – had begun in 1998 and cost a total of 101 million Egyptian pounds (roughly $14.5 million).

Built in the late 4th and early 5th century AD, the church is important for Christians worldwide, having been built on the site where the Holy Family (Jesus, Mary and Joseph) reportedly took refuge after escaping from Herod, the Rome-appointed king of Judea.

The church was dubbed the “Hanging Church” because of its location on a gatehouse of the Babylon Fortress, a Roman fortress built in Coptic Cairo.

Ahmed Saed, an antiquities professor at Cairo University who took part in the restoration work, said renovations had taken so long because artists needed time to replicate the church’s ancient paintings.

“The entrances and exits of the church were also renovated,” Saed told Anadolu Agency.

The Hanging Church served as the papal seat of Egypt’s Coptic Orthodox Church until the 13th century, according to Nashwa Gaber, head of the Antiquities Ministry’s technical office.