Source: Christian Daily
Natalya Mihailova | 02 April 2017
Egypt's Coptic Orthodox Patriarch Tawadros II has assured people that the persecuted and displaced Christians of the Sinai Peninsula can soon return to their homes, saying the Islamic State's attacks were isolated incidents in the country. 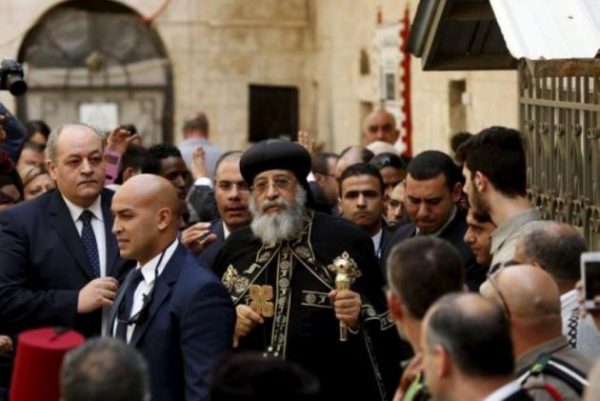 In an interview broadcast by CBC satellite channel on March 27, Pope Tawadros talked about the string of ISIS attacks targeting Christians in North Sinai last month. He said the jihadist attacks affected not only Egypt’s Christians, but also its police, army, and judiciary, the Independent Catholic News relays.

Hundreds of Coptic Christian families left Sinai after seven believers were murdered from Jan. 30 to Feb. 23. Although no group had claimed responsibility for the crimes at that time, the displaced families who sought refuge in Ismailia said armed masked men on board unmarked vehicles were the ones who carried out the attacks. The Human Rights Watch notes that the description fits the pattern of ISIS.

Some of the displaced families told Egyptian rights activists that they only left their homes after security officials did not respond sufficiently to the string of violent attacks. They expressed desire to return home but said they do not know if they still could.

Citing a story from the book of Matthew during the interview, Tawadros said Egypt had provided refuge for the Holy Family when they fled from Herod. The Coptic Patriarch added that the Church has good ties with civil institutions, but there are forces outside of the Egyptian society that seek to create division in the country.

Pope Tawadros explained that the forced exodus of hundreds of Coptic families from North Sinai in the wake of the jihadist attacks was just a temporary measure carried out to protect the people’s lives. He also confirmed that the displaced believers will be able to return home soon, news that the Coptic Orthodox Bishop of Al Arish, Anba Kosman, confirmed on March 26.