Source: Christianity Daily
Natalya Mihailova | 02 August 2017
Amid the instability and violence that have occurred in the region over the course of more than ten years, eight churches in Baghdad have closed their doors for good, according to a human rights organization focusing on persecuted Christians. 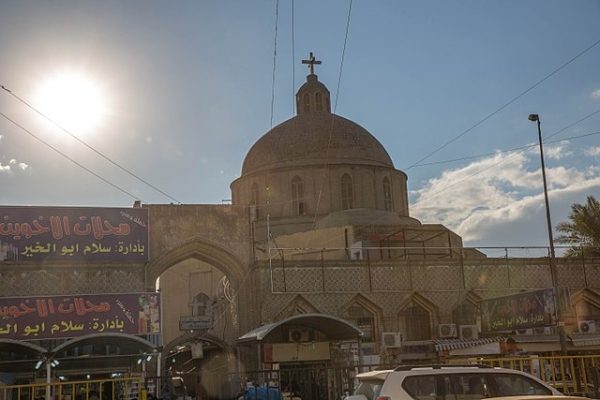 The churches closed down in May “after nearly seven years of low to no attendance,” the Monday report from International Christian Concern says.

“After the regional Catholic Church authority visited the churches, the Vatican decided that it was best to close the doors for good,” the report continues. “While this makes logistical sense, it represents a symbolic defeat for the Church in the capital of Iraq.”

The Christian population in Baghdad began decreasing since the mid-2000s, according to the ICC, when sectarian conflicts stirred unrest in the city, and Sunni radicals started to threaten Christian residents.

“In early 2006, we forcibly left our house because we got an envelope tell[ing] us, ‘You have to leave within 48 hours, all you have to take is your clothes, if you t[ake] anything else we will kill you,” a former Baghdad resident named Seza told the ICC. “Still I have the envelope and the three bullets we received from the gang.”

Threats and attacks on homes and churches continued, most notably including an attack perpetrated by six extremists at the Sayedat al-najat Syriac Catholic Church, resulting in the death of 58 Christians.

Displacement of Baghdad’s Christians only worsened with the entrance of ISIS in the region in 2014.

“As one of the birthplaces of the religion itself, it’s hard to imagine the Church disappearing from Iraq, but once again, religious leaders fear this may be the case,” the ICC said.

“From a humanitarian perspective, there is only so much we can do to help,” it continued. “Thankfully, we know the Lord works in times such as these. Who’s to say that the Church in Iraq won’t see a spectacular growth in the years to come? The future of the Iraqi Church may not come from its rich religious history, but rather a new congregation of converts.”

According to the ICC, some 230,000 Christians currently remain in Iraq.