Source: Greek Reporter
Natalya Mihailova | 14 January 2015
Elder Paisios has been canonized on Tuesday by Patriarch Bartholomew of Constantinople as he was unanimously accepted by the Holy Synod of the Greek Orthodox Church. 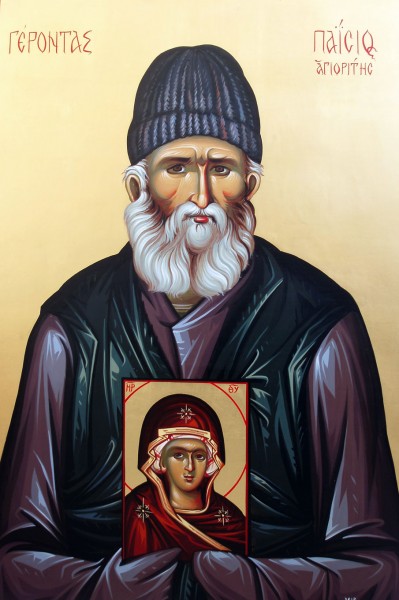 As reported by the Ecumenical Patriarchate, he is now Saint Paisios and is added in the Greek Orthodox Church Hagiology.

Saint Paisios the Athonite was born Arsenios Eznepidis in July 1924, in Farasa Cappadocia and passed away in July 1994. He was a Greek monk who became widely known for his life and prophecies. His father was called Prodromos and his mother Evlampia. He had eight siblings. On August 7, 1924, a week before the Greeks of Farasa returned to the homeland, he was baptized by the parish priest, Arsenios, whom the Orthodox Church recognized as a saint. Arsenios insisted and gave him his name “to leave a monk in his place,” as he said.

Five weeks after the boy’s christening, on September 14, 1924, the Eznepidis family, along with other refugees, arrived in Piraeus and then went to Corfu, where they stayed for eighteen months. The family then moved to Igoumenitsa and then to Konitsa where Arsenios finished elementary school and got his diploma with “excellent conduct.” Ever since he was a child, he was writing down the miracles of Saint Arsenios. He had an inclination towards monasticism and wanted to become a monk.

Arsenios went to Mount Athos to become a monk in 1949, right after his discharge from the army. He stayed for one night at the Monastery of Saint John the Theologian in Karyes and then slept in the hermitage of Saint Panteleimon, in the cell of the Virgin Mary, where he met father Cyril, abbot of the monastery, and followed him faithfully. After spending time in various retreats of Mount Athos and Sinai, he moved to Koutloumousio monastery until he became seriously ill and passed away in the summer of 1994.

He was buried in the Holy Monastery of Saint John the Theologian in Souroti, Thessaloniki. Since then, every year on July 11 to July 12, the anniversary of his death, there is a vigil in the Sanctuary Retreat, with thousands of believers attending.

Elder Paisios became known for a number of controversial political statements and prophecies. These include the prediction that a war with Turkey will lead to a restoration of a Greater Greece that includes Albania, Macedonia and Byzantium (Istanbul), and the mass conversion of Turks from Islam to Orthodox Christianity. Many Greeks have compared Paisios to Nostradamus.