Source: DECR
Natalya Mihailova | 16 May 2014
May 13, 2014 – The Estonian Orthodox Church of the Moscow Patriarchate met for a Council at the Pukhtitsy Convent of the Assumption. 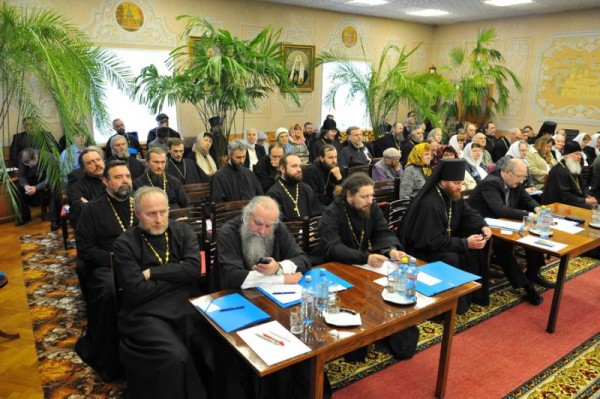 The Council was attended by the clergy of the Estonian Church, as well as lay people, one from each parish. The convent’s Mother Superior Philareta (Kalacheva) was invited as an honorary guest, the official website of the Moscow Patriarchate reports.

After the Divine Liturgy at the Cathedral of the Assumption, the council members assembled for at the convent’s conference-hall.

The Council’s agenda includes the following:

–       A report by Metropolitan Cornilius of Tallinn and All Estonia on the work of the Synod and the life of the diocese of Tallinn;

–       A report on the work of the departments for publishing, social service, and education and catechism;

–       A report on the cooperation with the Council of Churches in Estonia.

The Council has approved the establishment of a new church department for the work with youth.