Eternal Desire for Freedom That Means Being Responsible

When one tries to use a priest to get rid of responsibility for one's spiritual life, confession turns into constant nagging about how hard life is. There is no penitence or rebuking oneself, just blaming others. After a person 'confessed' like this and was heard out, they feel a little better, more confident. Nobody else would hear something like this, but a priest has to do it, since God's grace has been given to him making it his duty to bear everybody's diseases.
Archpriest Alexei Uminsky | 24 March 2009

A new idol is set up in the pagan temple, an idol of false humility. It always bears an artificial appearance, through which it publishes itself. 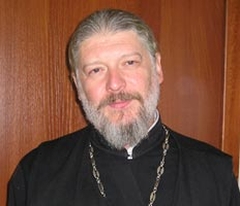 There are three effects of a wrong attitude to spiritual life and confession, the state of irresponsibility when a person complains instead of confessing sins and ‘talks humble’ instead of being humble.

It is nothing but irresponsibility, one’s unwillingness to make decisions about one’s life, that leads to looking for an elder. Many people seeking the supernatural expect the elder to reveal God’s will to them.

But when there is no elder, some church members attempt to make one out of their priest, which is merely an ugly imitation of spiritual eldership or spiritual guidance. Instead of leading a spiritual life people come to their priest wanting him to take full responsibility for their spiritual life. That is why their constant requests to get the priest’s blessing for each of their everyday decisions do not mean their willingness to live in accordance with God’s will, but their unwillingness to be responsible for anything at all.

Father Gleb Kaleda complained that there is a great demand for Christian devotion, but many Orthodox Christians are unsuitable for it. It is often better to get a non-believer, or a believer who does not go to church, to look after hospital patients, because believers are often extremely hard to deal with. For example, an Orthodox Christian is supposed to come look after a patient. But she does not show up, explaining afterwards that her favorite priest ministered in church that day, so she could not miss his service.

It largely depends on whether a person comes to Church to see God or to see a priest. It is a purely human relationship between a priest and his spiritual child. It is like, “My priest said, my priest is ministering today, I’ll go and see my priest.”

When one tries to use a priest to get rid of responsibility for one’s spiritual life, confession turns into constant nagging about how hard life is. There is no penitence or rebuking oneself, just blaming others. After a person ‘confessed’ like this and was heard out, they feel a little better, more confident. Nobody else would hear something like this, but a priest has to do it, since God’s grace has been given to him making it his duty to bear everybody’s diseases. So such people start to use it for satisfying their own egoism, giving complaints instead of confession.

One more disease is when people do not want to do anything about their spiritual life, justifying their sloth by saying that they are unworthy or weak. But they are, in fact, proud people who do not need anybody. So it happens that people who were supposed to live like Christians refuse from their mission, from all good works and from bearing their cross. Instead of being what Holy Fathers call ‘humble in mind’ people like this only talk humbly, “Forgive me, bless me,” “Forgive me, a sinner!” They are always ready to fall at your feet, “Oh, forgive me!” Instead of doing something or changing something they only say that they are sinners and unworthy people. They follow a certain pattern in this, showing false humility in their posture, intonation and even clothes.

They have a similar attitude to their confessor. Every confession turns into a desire to avoid real life. They somehow become satisfied with some passive, lifeless existence, when they are reluctant to do something, not wanting to change anything and afraid of living a real spiritual life. It is very convenient for them that they have made their excuse. But they are developing a wrong attitude to obedience, humility and penitence.

This misunderstanding of spiritual life often determines their attitude to their confessor. This may sometimes tempt the confessor himself into a wrong attitude to his parish. He starts using people like that, who are very easily manipulated. They can do anything it takes to please their priest, for they do not want to be parishioners but a controlled herd that does not need a shepherd but a driver who would whip them and rule them. It is enough for them to find some leader, it could be a priest, for instance. But they do not want to come to Christ.