“Two Men in Bed Together”: a Failure of Exegesis 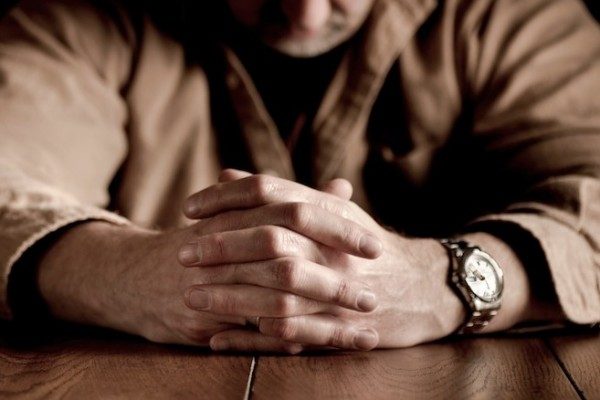 In a world of change it is (almost) comforting to see how some things can always be counted on to stay the same—such as Sanfilippo’s Orthodoxy in Dialogueblog, which consistently treats its faithful readers with repeated attempts to legitimize the sin that the Church has always condemned. Answering every one of his blog posts point by point would require something like a full-time job, and most of us are already fully employed. The points that Sanfilippo makes in his recent post “From the Fathers: the Kingdom of Heaven is Like…Two Men in Bed Together?” can be boiled down to two: 1. scientific advances have now shown that past approaches to homosexual behaviour are out-dated and should be scrapped; and 2. the images and parables of the Scripture and the Fathers use nuptial imagery, and this legitimizes homosexual behaviour.

I will not deal with Sanfilippo’s first point at length, other than to note that the same dubious argumentation is now being advanced in some places to justify pedophilia (now being sanitized under the term “minor attraction”). I deny that science has much to say about the moral legitimacy of either form of sexuality or indeed of morality in general at all. Scientific research can document what people desire to do; it is beyond its competence to pronounce on the morality of these desires.

Of more interest is Sanfilippo’s argument about male-to-male sexuality (with his provocative image and title “two men in bed together”). Some of this article simply repeats material in his previous piece “Conjugal Friendship” at the Public Orthodoxy site, and the reader is referred to my response to that in a previous blog piece. Sanfilippo’s basic point in this article is that “the presence of male-male conjugal intimacy in our patristic tradition as a symbol of the mystical and eucharistic union of Christ with the individual male believer nullifies the irrational idée fixe of those Orthodox churchmen who insist that the Holy Fathers abhorred the mere thought of same-sex eroticism.”

In support of this idea he cites St. Maximus the Confessor’s words about the believer being “made worthy to lie with the Bridegroom Word in the chamber of the mysteries”. Since the Greek word for the one believing was in the masculine (“ο πιστευων; in the masculine”), Sanfilippo concludes that Maximus was offering a homosexual image of males climbing into a conjugal bed with Christ.

Sanfilippo also cites the words of St. Symeon the New Theologian. St. Symeon offered a parable of Christ welcoming the repentant sinner, conflating images drawn from the parable of the prodigal son with images drawn from the Song of Solomon, universally interpreted by the Church as an allegory of Christ and the soul of the believer. In Symeon’s parable, the King (i.e. Christ) welcomed the penitent, falling on his neck and kissing him (an image from the parable of the prodigal son; Luke 15:20) and then embracing him on his royal bed (an image drawn from Song of Solomon 1:2, 2:6).

Sanfilippo concludes from this that St. Symeon was open to the possibility of moral homosexual behaviour since he used these images in his parable to describe the restoration of the penitent. In short, according to Sanfilippo, “It seems all the more significant to ask why, in neither St. Maximus’ more subtle nor St. Symeon’s more explicit use of male-male love-making as a worthy simile for the Kingdom of God, those scriptural passages on which modern churchmen fixate every single time the subject of same-sex love is raised—Gen 19, Lev 18:22 and 20:13, Rom 1:26-27, 1 Cor 6:9-10—presented no deterrent whatever to these two Holy Fathers of the Orthodox Church.” According to Sanfilippo, the Holy Fathers were not so opposed to “male-to-male conjugal intimacy” as we had supposed.

What are we to make of this? It is difficult to put the irony of it all to one side long enough to deconstruct Sanfilippo’s tangle of errors. Sts. Maximus and Symeon offered these images and parables to illustrate the glory of those repenting of sin, and Sanfilippo tries to appropriate them to justify the unrepentant behaviour which Maximus and Symeon would surely have condemned in the strongest terms possible. The idea of Maximus in the seventh century and Symeon in the eleventh century being possibly open to the morality of homosexual acts is a stunning bit of anachronism. Can any sober historian imagine these saints flying the rainbow flag in their day in the teeth of Scripture, Tradition, liturgy, and canonical legislation? This is, like John Boswell’sabsurd tour de force, an example of scholarship prostrate before ideology.

It is also too small a broom to sweep away the clear meaning of the Scriptures cited in Genesis 19, Leviticus 18:22, Romans 1:26-27 and 1 Corinthians 6:9-10. Sanfilippo’s argument revolves around the possible implications of patristic images and parables; these Scriptures reveal the clear import of homosexual acts. The churchmen Sanfilippo objects to do not “fixate” on these Scriptures; they simply cite them as authoritative, for the excellent reason that these texts are the only ones which clearly and unambiguously deal with the subject at hand. Why ruminate upon the possible significance of Maximus’ image when we have the unambiguous teaching of homosexuality’s actual significance? Sanfilippo has yet to deal with these texts in a convincing way. He can only suggest that scientific advances have now proven them wrong and out-dated.

It is exactly the same with the words of Maximus and Symeon. The image of Christ as the Bridegroom and the Church—both men and women—as His bride was ingrained in the culture in which these Fathers wrote. The notion that homosexual acts were sinful was similarly ingrained, and these two Holy Fathers assumed that none of their hearers would assume otherwise simply because they used nuptial images from Christ’s parables of the wedding banquet and from the Song of Solomon to illustrate their points. Sanfilippo insists on putting these images to a use that the Fathers would have emphatically repudiated, since they, along with the rest of the Church, could “fixate on” and read such Scriptures as Genesis 19, Leviticus 18:22, Romans 1:26-27, and 1 Corinthians 6:9-10.

There are other exegetical errors as well, such as investing Maximus’ ο πιστευων with an emphatically male significance. In fact, the masculine here simply indicates the universal, just as the Scriptural αδελφοι/ adelphoi/ “brothers” in Philippians 1:14 simply meant Christians, regardless of gender, and not just male Christians. Anyone of my vintage knows that. The old Anglican “prayer for all conditions of men” was offered for all people, not just for all males.

But such ineptitude pales beside Sanfilippo’s major error, which is to sexualize practically everything. To a hammer everything looks like a nail, and to Sanfilippo everything in Scripture and the Fathers looks homosexual. How else to account for his extraordinary misreading of the Fathers and of the Scriptures? His analysis of the prophetic parable in Hosea 2:14f is a case in point. He writes, that in this text God “lures an eponymously male bride named Israel into the desert to seduce him/her”. Such a conclusion is breathtakingly perverse: in this passage, the people are spoken of as exclusively feminine throughout, and the name “Israel” is in fact not even mentioned.

It is the same with Sanfilippo’s conclusions derived from St. Paul’s use of nuptial imagery in Ephesians 5:23f. Sanfilippo concludes that Paul means that “Christ the Bridegroom ‘marries’—and takes into His marriage bed—not only the Church, but each of us individually; and not only each woman and girl, but also each man and boy” (italics original). Sanfilippo’s conclusion—which if taken at face value justifies not only homosexuality but also pedophilia (“also each man and boy”)—simply doesn’t follow. It is yet another example of his failure to distinguish metaphor from reality. Here the Church as a whole is typologically feminine, but this does not mean that the men within it are somehow female or feminine. Such a suggestion would overthrow the very point which Paul makes about husbands loving their wives as Christ loved the Church.

In the end, Sanfilippo seems to view everything in the Scriptures and the Fathers through the lens of an obsession with sexuality. It is not surprising that he reads David’s love for Jonathan in that light, for he reads everything in that light. In a saner time people knew that strong emotional attachments (such as David’s love for Jonathan) need not be sexual, and even that all physical interactions need be sexual. C. S. Lewis, writing in that saner time, was clear about that, and in his book The Four Loves he poured scorn on the notion that “all those hairy old toughs of centurions in Tacitus, clinging to one another and begging for last kisses when the legion was broken up” were homosexual. “If you can believe that,” Lewis declared, “you can believe anything.” Yet in a world like Sanfilippo’s where everything is sexualized and where homosexuality is seen everywhere, it is perhaps not that hard to believe.  How else to explain “From the Fathers: the Kingdom of Heaven is Like…Two Men in Bed Together?”