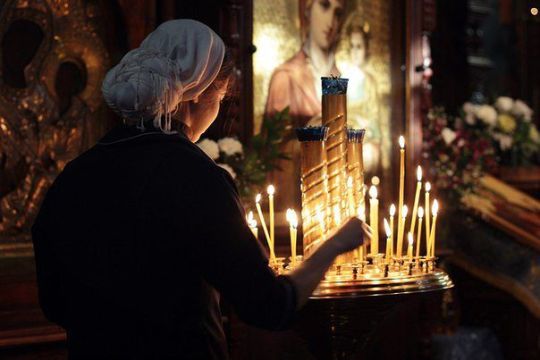 “For the time will come when they will not endure sound doctrine, but according to their own desires, because they have itching ears, they will heap up for themselves teachers,” (2 Timothy 4:3)

An old Russian and Ukrainian expression says, the fish stinks from the head, and sadly, so it is too often with the pastoral realities of Orthodox Christian life in North America. For whatever reason – business, disinterest, inability, or a lack of caring – too many Orthodox communities are given the example by their leaders (priests and bishops) that “outsiders” are a secondary concern at best. The “outsiders” certainly feel it, and suffer from it. Often, it drives them out of their home parish; sometimes, it drives them straight out of the Orthodox Church.

Three experiences lately have driven home to me one of the root causes of this sad condition:

In the first case, a priest waxed loudly and publically about the many ways in which other Orthodox faithful just didn’t understand “our people” (he meant his ethnic group). He then proceeded to justify any number of misdeeds – including the breaking of the Canons of the Church – because “his people” had been so grievously mistreated by everyone, the perpetual victims of the misfortunes of history.

In the second case, a priest firmly insisted that prayers should be offered in his parish (which is in Canada) for their “home” country (which he has never visited), but not for Canada. When asked why petitions in the Liturgy would include another country (but not the country in which the church was located) the answer was simple: we are an “X” church (that is, we are primarily defined by a past relationship to another land) – translated to mean, the people and realities of the land we are living in must be subject to that old cultural supremacy.

In the third case, a priest trumpeted the worn-out (and false) dirge about the Patriarch of Istanbul representing the hub of the Orthodox Church (or to use the terminology of one of his sycophants, the “first without equals”). Forgetting the witness and lives of all the saints of the North American land (in which this priest happens to have been born), he argued that the spiritual health of the Orthodox faithful in this land is contingent upon the spiritual health of his ancestral land (which is a disaster, by the way). This was done in writing, and at length, while not once mentioning anyone on this continent in the Orthodox Church who did not share that priest’s ethnic heritage.

The sickness of self-focus

All three encounters confirmed what I already knew: these men – charged by God’s strength in their human weakness to care for the Church of Christ – were unable or unwilling (or both) to let go of the self-focus. It is this same self-focus which will inevitably keep 99% of North Americans far, far away from the Orthodox Church, while losing hundreds of Orthodox already in her ranks. In two cases, the priests have served in the ranks of the clergy for over two decades, and their ministry has been constrained only to those already within the Church, largely shutting out those who have not heard the Gospel, because most people outside (and inside) the Church are simply unable to navigate the waves of other cultures, languages, and alien issues in order to find their way (often blindly) to the True Faith. In all three cases, I could say nothing to these brother priests: I knew they were not listening.

What does an Orthodox Christian in Canada or the United States make of this? How does one remain in the Church, survive, and flourish, when there is so much of this in the atmosphere, to the great joy of the evil one? It is fine to talk about the phronema of the Orthodox faith, it is correct to read and teach the Church Fathers, and it is essential to serve the holy services vigorously, frequently, and completely – all these are correct. They can permeate any culture (and do), and any Orthodox culture can lose them, too (it’s not hard to think of a few examples).

But what does the Orthodox orphan do when confronted with such examples from priests, and from faithful who emulate such stupidities as those articulated in these three experiences?

Firstly, do not waste spiritual strength and breath trying to correct or convince such people. Over two decades, as a layman, a deacon, and as a priest, I have repeatedly found such “dialogues” to be monologues. The faith of North Americans has fragile roots, and remarks and reactions – not to mention arguments – like these do nothing but eat away at those roots. Save your strength for something spiritually constructive.

Secondly, forget about appearances. Most of those who engage in “Orthodox monologues” – online, in lectures, in academia, or in personal conversation – wrap themselves in the polite cover of rank, qualifications, or false monastic piety (I am not speaking of real monastic piety – that is something totally different). They will tow the party line, and be highly esteemed – minor celebrities, even. They are quintessential “company men”, careful not to step on the feet of their betters. Don’t expect them to be bold, but don’t let their lack of courage discourage you: life in the historic Church has always had the likes of these.

Thirdly, seek out Orthodox brethren of all cultures who put Orthodox Christianity ahead of everything – especially nationalism – and run like blazes to avoid those who do the opposite. It’s great to learn prayers in other languages and customs from the Church in other places: people of good will do this all the time. It’s helpful to use multilingual greetings, and to become comfortable in all canonical Orthodox parishes, for their regular services, for weddings, baptisms and funerals, and for other events. But in cases where someone (including a priest) tries to sell you on the superiority (or supremacy!) of their nation or bishop, a red flag should go up. This person is not a kindred spirit who seeks Christ first, even if they are brethren and communicants in the Orthodox faith.

Fourthly, avoid as much as possible the “Orthodox internet”. While it’s fine to listen to edifying spiritual talks, many Orthodox “enthusiasts” don’t stop there. The noise of online arguments and discussions kills the soul, and usually attract the most opinionated, self-focused false prophets around. The real Christian life is lived with real people, putting the words of the Scriptures, the fathers, and the holy services into practice. Having a healthy and diverse circle of committed, Orthodox Christian friends is the key counterbalance to having the Internet as your best friend.

Fifthly, concentrate on things to help the local parish, in everyday life, on an ongoing basis. It is these things which show our love, which help others, and which keep us humble. Cooking food for the Sunday potluck, cleaning wax off the church floor, buying flowers for the icons, saying our prayers at home, attending the memorial for a stranger who died – all these things enable us to live out the Orthodox Christian faith in practical ways, and pull our minds our of the maelstroms of ethnic pride and politics that will drown anyone who enters them.

A schoolteacher once told our class, “He who does not know, and does not know he does not know, is a fool – avoid him”. There are lots of fools out there, and in some cases, whole groups of them present their political ghettos as “authentic” Orthodox Christianity. They are not.

Twenty years ago, I went to an Orthodox bishop – a good, caring bishop – with tears in my eyes, having been deeply wounded by the mechanations of such politicians in cassocks, unsure what path to take, unsure even how to remain inside the Orthodox Church. That bishop gave me a priceless piece of advice, which I will never forget:

Don’t let the devils get you down.

God wants all of us to be his sons (and daughters). When people give up His Fatherhood (which He wants us to share with everyone in the world, making all mankind our brothers and sisters), and instead take a nation or a party or a sect as our “father”, they become children of the Father of Lies. They lose the True Father. They are not His family. They are not His Church.

For those who sometimes feel lost in a sea of fatherlessness – even in the Orthodox Church – the priceless advice of this bishop is critical. It might even save our life.