Every Orthodox Christian Should Watch Spotlight 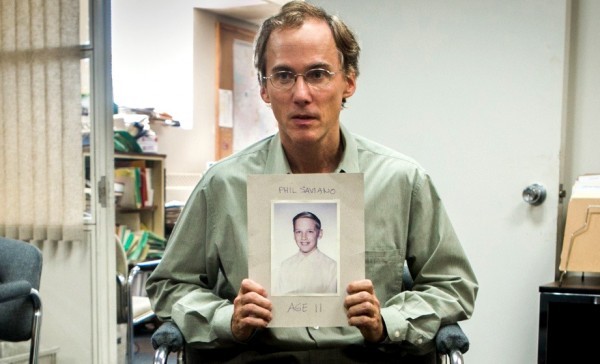 Orthodox Christian writers are often called upon to author articles that focus on positive aspects of life in the Church.  Mission trips, fasting recipes, and ethnic customs are all topics that make for a friendly encounter with Orthodox Christianity.

But what if the calling to do more good, more often was much more difficult?

The movie Spotlight recently won the Oscar for Best Picture. It tells the story of how a dedicated group of reporters fought a culture of denial and uncovered decades of abuse in the Roman Catholic Archdiocese of Boston along with efforts by its leaders to suppress accountability. Spotlight is a movie that every Orthodox Christian should watch during Great Lent. Child abuse, misuse of authority, and clericalism are not limited to the Roman Catholic Church. They are present in the Orthodox Church as well. Spotlight is a powerful reminder that genuine repentance means coming to understand reality as it is -not reality as one would like it to be. “Servants of the Truth must speak the truth.” writes St. Hilary of Poitiers.

Here are three lessons Orthodox Christians can learn from Spotlight:

Secrecy Can Be Misused: The Church often practices secrecy in such matters as the sacrament of confession and pastoral counseling. This confidentiality is normal and healthy. However, secrecy can also be a tool that is misused. This is especially true in the administrative life of the Church where appeals to secrecy have the potential to mask serious problems that need to be disclosed and remedied. There is no moral or theological reason for the Orthodox Church to conduct any part of its administrative life in secret. Transparency and accountability are the foundation of genuine conciliarity. Transparency and accountability are also the essence healthy stewardship. The Church is a hospital that must continually come to understand its own illnesses while serving as a model for what it means to live a healthy life in the world. The truth spoken in love always heals while secrecy that is misused allows sin to flourish. St. Anthony the Great reminds one of this when he writes “The truly blessed are not the ones who can work miracles or see angels; the truly blessed are the ones who can see their own sins.”

Orthodoxy is About Fidelity -not Success: St. Gregory of Palamas writes: “Whereas love for God is the source and starting point of every virtue, love for the world is the cause of all evil.” One of the most tragic themes that unfolds in Spotlight is how the Church in Boston traded fidelity to Christ for worldly success. Materialism silenced the voice Christ and as a result children were harmed. Elaborate dinners became more important than serving the poor. What the Church owned became important than what the Church did. Today, every Orthodox community faces the temptation of placing its material success ahead of its Christian calling. How many times do we view successful parishes as those with elaborate sanctuaries and expensive facilities? How many times do we measure a person’s ability to be a leader based solely on their wealth and influence? These temptations are constantly present and must be overcome if the Church is to live its mission.

Obedience Can Be Abused: Spotlight shows how appeals to obedience and “the good of the Church” can be misused by those in authority. Many of the characters in the movie who chose to ignore the evil before their eyes made excuses for it as a result of an unhealthy understanding of obedience. Obedience is a theme that often appears in Orthodox Christianity. Orthodox Christians are to obey their parents, priests, hierarchs and spiritual fathers. Obedience is a virtue for Orthodox Christians but it can also be abused. One of the tragedies of the Church today is that there continues to exist in some circles an unhealthy model of leadership that demands a form of obedience that is centered on power and control. This brand of obedience degrades those who are looking for meaning in their lives. It also does lasting harm. No Orthodox Christian should ever be asked to ignore their conscience for sake of obedience. No Orthodox Christian can justify wrongdoing by appealing to “the good of the church”. Fr. Stephen Freeman says it best, “obedience is not the destruction of the will, or simply “doing what you are told.” Obedience requires a union of trust with God in which we recognize that the direction of our life is a gift rather than a choice of our own devising. It is a movement of the heart towards God rather than an assertion of the self. This, however, cannot be coerced. There is no obedience with coercion.”

Feeling good is not the same as being good. Orthodox Christianity is not about the power of positive thinking. It is not an exercise in creating the reality we would like at the expense of the world as it truly is. The call to do more good, more often is the hard and narrow path walked by Jesus Christ. It is the path not to positive emotions but genuine asceticism and authentic humanity. It is the path to Truth. Fr. Thomas Hopko says it best:

“The God who is merciful and gracious, long-suffering, and abounding in steadfast love and faithfulness, who gives us his divine life and peace and joy forever, is first of all the Divine Lover who wounds His beloved, and then hides from her, hoping to be sought and found. He is the Father who chastens and disciplines His children. He is the Vinekeeper who cuts and prunes His vines so that they bear much fruit. He is the Jeweler who burns His gold in His divine fire so that it would be purged of all impurities. And He is the Potter who continually smashes and refashions and re-bakes His muddy clay so that it can be the earthen vessel that He wants it to be, capable of bearing His own transcendent grace and power and glory and peace.”

This transcendent grace, power, glory and peace is the true meaning of doing more good, more often and the heart of the Orthodox Christian Faith handed down to us by the Apostles.