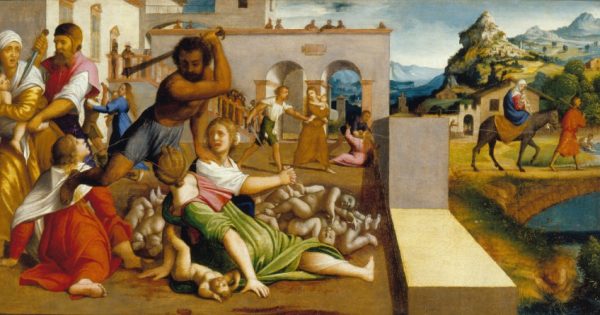 Christmas can be too comfortable sometimes.  As the Nativity Season unfolds, churches are celebrating the birth of Christ.   Gifts are being shared and kitchens are busy preparing traditional foods. While all these events may be well intentioned, they frequently point us in the direction of nostalgia rather than a living faith.  Nostalgia can be unhealthy.   The more we focus solely on decorating Christmas ornaments and talking about our ethnicity, the more we lose sight of the truth that lies in the manger of Bethlehem and what Jesus Christ means for our lives.

The joy of the birth of Christ is real and should be celebrated.   However, authentic celebrations do not numb our consciences and hide suffering.  They transform them with a genuine love that is more than a simple feeling.   This applies to Christmas as well.   Christmas has a cost that is far more than the amount of money we pay for gifts, or the amount of time we spend preparing food.  We may have forgotten about this cost or chosen to ignore it, but it will never go away. Evil is real, and it is time to re-acquaint ourselves with the dark shadow that lurks just outside the cave of Bethlehem.  The German pastor Dietrich Bonhoeffer provides the following reminder:

We have become so accustomed to the idea of divine love and of God’s coming at Christmas that we no longer feel the shiver of fear that God’s coming should arouse in us. We are indifferent to the message, taking only the pleasant and agreeable out of it and forgetting the serious aspect, that the God of the world draws near to the people of our little earth and lays claim to us. The coming of God is truly not only glad tidings, but first of all frightening news for everyone who has a conscience.

In the middle of the Church’s celebration of Christ’s birth, the reading from the Gospel of St. Matthew for December 29th quotes the prophet Jeremiah and tells us the following:

“A voice is heard in Ramah, weeping and great mourning, Rachel weeping for her children and refusing to be comforted, because they are no more.”

What has happened?  Just a short time ago on December 25th, we were opening presents and greeting each other with the words “Christ is Born! Glorify Him!” and now the liturgy of the Church tells us there is a terrible sadness throughout the land.

December 29th marks the Orthodox Church’s remembrance of the slaughter of the innocents by King Herod.   This day is a reminder to Orthodox Christians that our faith has a cost and that the God becoming man is a great joy but also a great threat to the powers of the world.   One of the first people to see Christ’s Nativity as a threat was King Herod of Jerusalem, who, upon learning of Christ’s birth, ordered the mass killing of boys under two years of age in Bethlehem so as to preserve his political power.  Orthodox Tradition numbers the children murdered at 14,000. The Kontakion for this day uses words that bring home this horror.

“When the King was born in Bethlehem, the Magi came from the east. / Having been guided by the star on high, they brought Him gifts. / But in his exceeding wrath, Herod mowed down the infants as wheat; / lamenting that the rule of his kingdom had come to an end.

Imagine 14,000 children in your community being “mowed down as wheat”.

Imagine a government-sponsored pogrom that executes every boy under two years of age in your town.

Imagine holding funerals in your parish for countless children because Jesus Christ was born somewhere nearby.

This not only happened two thousand years ago- it is happening today in ancient Christian lands where  what only can be described as genocide is taking place.  In the past year, the world has been bombarded with horrific images of Christian beheadings and watched as Christian communities are torn from their historic roots and destroyed.  Acts of Christian persecution that were once thought to be confined to the history are flourishing today.

King Herod has many contemporary successors and thousands of innocents continue to be “mowed down as wheat” for simply living their Christian faith.   In addition to this persecution, abortion on-demand continues to be a human catastrophe in the United States as well as in Orthodox countries.

Rachel does indeed weep, for her children are no more.

The Nativity of Jesus Christ reminds that to be an Orthodox Christian means to row upstream against the currents of the world.   Christ’s love is a not about celebrating the joys of Orthodoxy and ignoring the sorrows.  Real love embraces both and unites joy and sorrow together, transforming them into something beautiful.

Orthodoxy is never convenient.   It is a deliberate choice to live a life of sacrifice and to stand out in a manner that draws the scorn of those in power.   To live as an Orthodox Christian is to be marked by the world.

Honoring the memory of the 14,000 children slaughtered by King Herod on December 29th reminds Orthodox Christians that The Word Made Flesh carries a real cost that all of us must take responsibility for.   Too many of our brothers and sisters bear that cost with their lives, and too many human lives are extinguished before they can even begin to blossom.  For those of us who have the blessing to live in safety and practice our faith freely, let us commit ourselves to living the Nativity in its fullness, and, in doing so, embody the words of St. Ignatius of Antioch who boldly declared centuries ago that “Christianity shows it greatness when it is hated by the world.”