Everyday Saints and Other Stories being translated into Chinese

Source: Pravoslavie.ru
Natalya Mihailova | 14 June 2014
Shanghai, June 12, 2014. On June 9-11, 2014, with the blessing of His Holiness Patriarch Kirill of Moscow and All Russia and on the Shanghai International Studies University’s invitation, executive secretary of the Patriarchal Council for Culture and Abbot-Superior of the Moscow Sretensky Stavropegic Monastery Archimandrite Tikhon (Shevkunov) visited Shanghai. 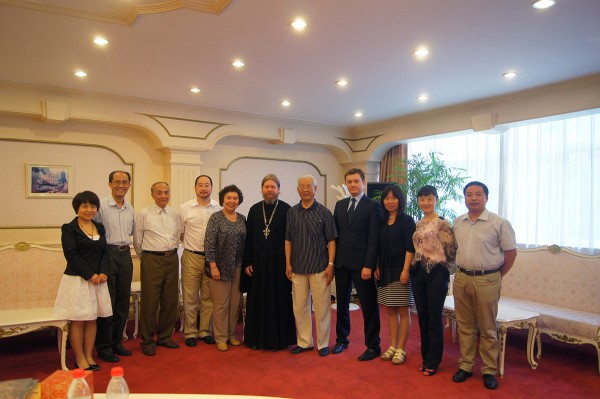 The university’s Russian language and literature department has launched an initiative to translate Archimandrite Tikhon’s book, Every day Saints and Other Stories, into Chinese.

Dean of the department professor Chan Zh Li and Archimandrite Tikhon have signed an agreement about translation and publication of the book. The university President professor Cao Deming, teachers, undergraduate and postgraduate students were present at the signing.

Also negotiations for cooperation between the Patriarchal Council for Culture and the Shanghai International Studies University were held.