Exterior of the Russian Cathedral in Geneva renovated

Source: Interfax-religion
Natalya Mihailova | 11 November 2016
Geneva, November 11, Interfax - Archbishop Michael of Geneva and Western Europe consecrated the main cupola cross of the Cathedral of the Elevation of the Cross in Geneva. 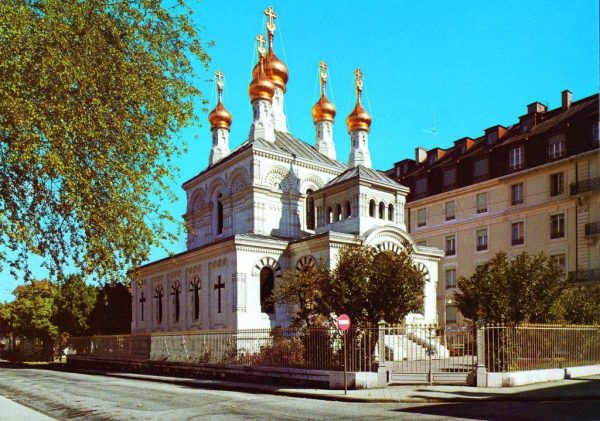 This event concluded the capital renovation of the cathedral, press service of the Russian Church Outside of Russia reports.

This year the 150th anniversary of the cathedral’s consecration is celebrated.

The first Russian Orthodox parish in Switzerland was established on the Emperor’s decree in December 1816 in Bern.

In 1862, authorities of Geneva gifted a land lot for building a church to the Orthodox community. It was located in place of the former early Christian cemetery, where St. Victor Monastery had functioned till the 15th century. Russia fundraised for building a church and soon the church was constructed. Professor of Architecture from the Imperial Arts Academy in Petersburg David Grimm was the author of the project.

The first stone was laid in the church foundation in 1863, three years after the church was consecrated.

Old icons are kept in the cathedral, including two icons donated by Russian monks from Mount Athos.