Source: Sputnik
‘Eye of Sauron’ installation on the roof of one of the Moscow City skyscrapers has been canceled after criticism from the Russian Orthodox Church and city authorities.
Natalya Mihailova | 15 December 2014
MOSCOW, December 11 (Sputnik) – Russian art-group ‘Svechenie’ planned to create a giant orb installation ‘Eye of Sauron’ on the roof of one of the towers of the Moscow-City International Business Center as a tribute to British novelist J. R. R. Tolkien and film adaptations of his most famous works “The Lord of the Rings” and “The Hobbit.” 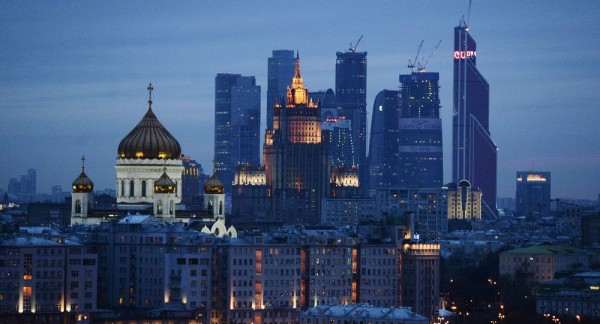 In their press release ‘Svechenie’ said that they did not expect such a negative reaction from the society.

They abandoned their proposal after facing opposition and released a statement stating that they did not expect that fan initiative, which received a lot of attention from the media and millions of Tolkien fans, would get such a reaction, they added that they did not mean to hurt anyone’s feelings and apologized, reports RIA Novosti.

The giant orb, with the projection of the fiery ‘Eye of Sauron’ on it, was to be lit a day ahead of the Russian premiere of “The Hobbit: The Battle of the Five Armies.” The group wanted to attach a one meter glowing sphere to the top of a 21-storey building and project a 3D light show. 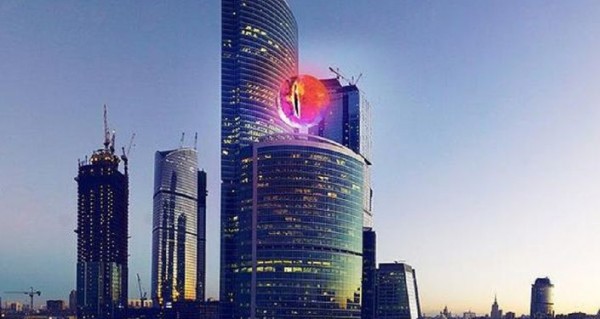 But the symbol in the book has a wicked reference as it belongs to a dark lord. In Tolkien’s “The Lord of the Rings” saga the ‘Eye of Sauron’ was the symbol of power and fear through which the Dark Lord Sauron was able to employ his will over Middle-earth.

Russian Orthodox Church expressed criticism regarding the installations; saying that the art project may have bad consequences as it is a symbol of evil, reported RIA Novosti.

‘Eye of Sauron’ is “in any case, a demonic symbol,” Archpriest Vsevolod Chaplin, a senior church official said. “Such a symbol of triumphant evil rising above Moscow and becoming one of the tallest objects in the city…is it good or bad? I am afraid it’s mostly bad. One shouldn’t be surprised if something goes wrong with the city after that,” Chaplin told Govorit Moskva radio station.

The press secretary of the city’s social media and advertising department, Vladimir Yakovlev, also told RIA Novosti that Moscow mayor’s office intended to dismantle the installation as the project had not receive approval from the authorities.

The art group explained that the installation was not intended as a “promotion” for Peter Jackson’s third Hobbit movie, spokeswoman Polina Murova said. According to The Independent, the idea belongs to a group of designers, who happened to be Tolkien fans, she said.

Most viewed articles
Hallowed Be Your Name: Some Grammar and A Reflection209
Who Is the Author of Confusion and Fear?173
Church Dating 1,600 Years Back Discovered in Turkey’s Priene Ancient City157
How to Read the Bible99
Seven-day celebrations dedicated to the Saint who helped Bucharest during plague epidemic begin on Thursday80
Holy Intercession Church in Glen Cove, NY, Celebrates its 70th Anniversary69
Patriarch Kirill Encourages the Media to Report Proper and Adequate Information about the Church60
Since the Start of the Pandemic Moscow Priests Have Made Over 4,000 Visits to Patients with COVID-1941
Words from St. Isaac of Syria1
Most popular authors
Archpriest Michael Gillis209
Fr. Stephen Powley173
Pravmir.com team170
Dilan Pamuk157
Archpriest Lawrence Farley99
Aurelian Iftimiu80
Archpriest Stephen Freeman1