Face-to-Face – Without Shame or Fear 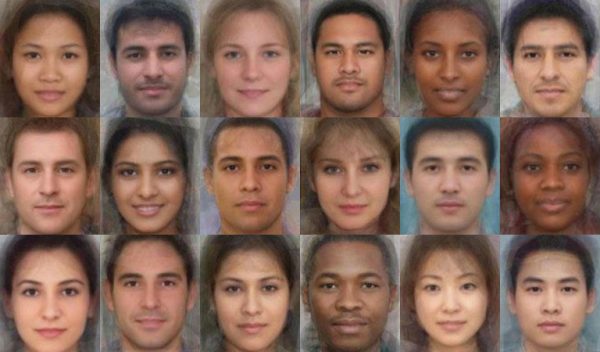 We are apparently living in the age of the face, and I don’t think it’s necessarily bad.  I know all the complaints about our culture of “selfies,” and there are certainly many things in that to make us wonder, but our fascination with our faces long predates the technology of our phones. In the usage of the early Church, the word for face (prosopon) is also the word for person. It is the face that most truly reveals our identity, emotions, interests and a host of other things. Our ability to read the faces of others is sometimes highly developed. In the Scriptures, the most intimate possible union of man and God is contained in the phrase “face-to-face.” St. Paul equates beholding Christ face-to-face as the fulfillment of salvation itself.

I find our present fascination with the face (selfie’s) to be a symptom of our search for meaning, place, and identity. That search, of course, can be healthy and salvific just as it can be morbid and selfish. In a mass culture of consumption, those things that most properly pertain to the true self are constantly homogenized and blended into a sea of commonality. 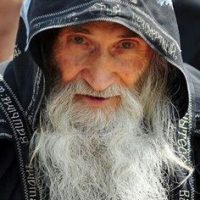 This is a very strange thing to be happening in a civilization that celebrates, even exalts, individuality. The cult of the individual is contradicted by the culture of consumption. The very things we purchase in order to display our uniqueness often come off a rack of similar items. We have traded individuality for the group (tribe).

Individuality is extremely fragile. In that it is singular and unique, everything around it tends to want to absorb it. That absorption is its destruction and disappearance. Within the tribe, faces become interchangeable and lose their meaning. There is very little distance between the tribe and the mob.

Part of the emptiness of social media is its constant loss of the individual. Faces are replaced by names (or just “likes”). Who we are is quickly absorbed by the opinions we hold that take their place in a sea of other opinions. It is a formula that presses for the extreme, for only the extreme can be heard or seen.

Within the modern American tragedy of mass shootings, I wonder if there is not a perverse drive for individuality. Victims are often just that – victims – not individuals, persons, unique and unrepeatable. They become one of five, or twelve, or eight-six. The shooter can imagine that his name will be remembered and his face never forgotten. “Better to rule in hell than to serve in heaven.” Of course, this perverted tragedy is a failure. Within weeks, the name of the shooter is forgotten, as well as their face. They simply join the ranks of a new tribe: “shooters.” 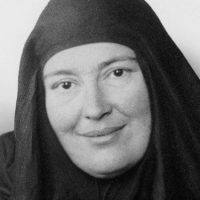 Our face, our unique and true identity, can never exist in isolation: it must be seen by someone. Ironically, in our constant posting of our own image, our face becomes something mostly seen by ourselves. It is a solipsistic representation of self, truly ironic in that the image portrayed by the camera, like that in a mirror, is actually reversed when compared to what others see.

It is in this need to be rightly seen that the nature of our relationship with God becomes clear. Unlike the many things and people around us, God has no interest in absorbing us. Indeed, His relationship with us is utterly opposed to absorption. He means to establish us as His equals (yes, I know that sounds shocking).

“Face to face” is an impossible encounter between two non-equals. That one is greater than the other precludes the ability of the lesser to see them properly. The direction of the Incarnation is God’s own movement making possible our meeting with Him face-to-face. It is echoed in this remarkable verse:

For he who sanctifies and those who are sanctified have all one origin. That is why he is not ashamed to call them brethren, (Heb. 2:11)

Christ elevates the disciples to this position when He says:

No longer do I call you servants, for the servant does not know what his master is doing; but I have called you friends, for all that I have heard from my Father I have made known to you. (Jn. 15:15)

We also hear it spoken eschatologically in the extreme saying from Revelation:

He who conquers, I will grant him to sit with me on my throne, as I myself conquered and sat down with my Father on his throne. (Rev. 3:21)

This is the condescension of God in His love for man!

This meeting as equals also means the respect of boundaries: there is communion but no absorption. The primary aspect of our personal boundary is freedom. There can be no coercion in the communion of persons, only love. What is given to us in beholding the face of God is purely the gift of God. What we return to Him can only be the same. A gift can only proceed from freedom. 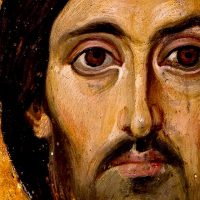 Sadly, our fascination with our own face is not truly an act of love. We don’t actually like our face. Our many selfies represent just so many efforts “to pose.” Like the sound of our voice, we often wince at the first glimpse of ourselves. We never look quite like we imagine. Make-up and lighting help, but they represent our constant drive to change how we appear. Indeed, the discomfort we feel with details of our own face are symptoms of shame. The primary physical elements of shame are experienced in the face. Blood rushes to the face, our eyes look down, and, most often, we turn our faces away. Shame hides.

To behold God face-to-face necessarily means that we behold Him without shame. Thus, this experience holds within it the promise of complete forgiveness and healing from the damage of sin. The icons of saints are normatively painted full face (except when turned slightly towards the figure of Christ in prayer). Their faces, like that of Christ, bear witness to their glorification. They look towards us in the gift of pure freedom with friendship and love. It is an invitation to unite with them in their face-to-face encounter with Christ. It establishes and completes them as persons. It is for this same reason that they are not only depicted in full face but are always identified with their names written on the icon. It betokens that they have fully become who they were created to be.