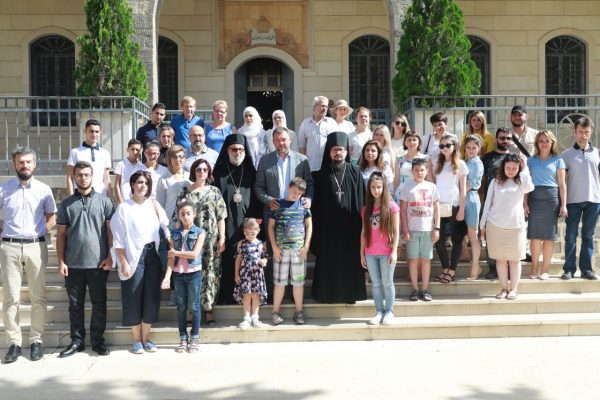 On July 24, 2018, widows, parents and children of Russian servicemen who died in Syria, while on a visit to the Arab Republic of Syria at the invitation of President Bashar Assad, made a pilgrimage to the monasteries of the Orthodox Church of Antioch in Maaloula and Sednaya.

At the Convent of St. Thecla Equal-to-the-Apostles in Maaloula, the guests were welcomed by Bishop Luke of Sednaya (Orthodox Church of Antioch) and sisters of the convent who had returned to it after it was liberated from terrorist captivity.

Hegumen Arseniy, representative of the Patriarch of Moscow and All Russian to the Patriarch of Great Antioch and All the East, who accompanied his compatriots, celebrated the office for the dead Russian soldiers who gave their lives in the struggle for the liberation of Syria from terrorists.

On the same day, the pilgrims from Russia visited the Sednaya convent, where they prayed at the Sednaya Icon of the Most Holy Mother of God, and the Antioch Patriarchate in Damascus, where they were received by Bishop Luka of Sednaya.

The trip to Syria of families of the Russian servicemen who died in that country was organized by the veteran organization ‘Combat Brotherhood’. The Russians were accompanied, among others, by State Duma deputy D. Sablin.