“The Farewell of Slavianka” in Moscow

A monument to all the women who saw off their husbands, brothers, and sons now stands at the Belorussky railroad station in Moscow, seeing off and welcoming trains.
Natalya Mihailova | 11 May 2014
The sculpture “The Farewell of Slavianka” consists of two not very large figures, about two meters high: a woman hugs a man dressed in a cloak that was worn by soldiers during World War I. The pedestal on which they stand is quite low, so it seems that they are standing right on the pavement, among those that have come to meet and escort their loved ones. 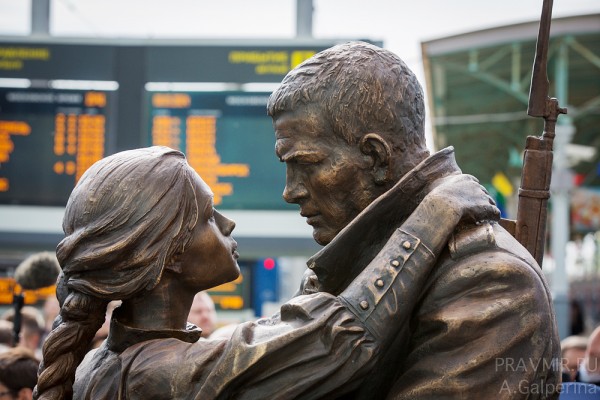 On May 8, 2014, on the square before the Belorussky train station, the unveiling of the monument “The Farewell of Slavianka” took place, which is named after the eponymous march, under which soldiers departed to the war front.

The patriotic march “The Farewell of Slavianka” was written in 1912-1913 by Vasily Agapkin, a trumpeter of the 7th Cavalry Regiment Substitute, who was strongly moved by the events of the Balkan war. His 93-year-old daughter, Asa Vasilyevna Sverdlova (Agapkina), came to the opening of the monument. 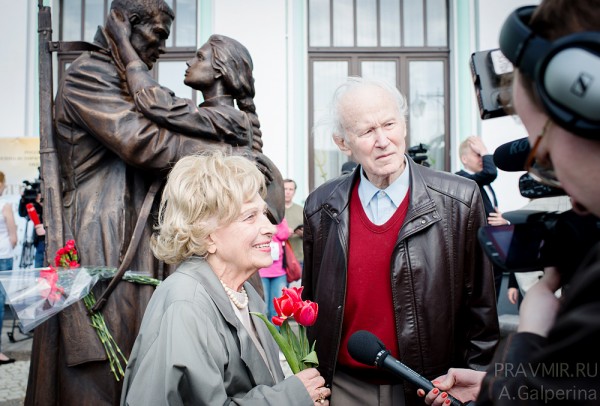 In an interview with “Pravmir,” she stated that she loves the monument: “I am so joyous that I lived to the moment when such a beautiful monument is dedicated to my father’s music. I simply came alive again! It’s a pity that my father did not live to see this moment. In 1941, I was not allowed to attend that memorable parade, but I know that my father conducted the orchestra there, and saw off our soldiers to the war front under his own march. It was terribly, terribly freezing then, and when my father wanted to get down from the stand in order to let the cavalry pass, he could not even budge, because his feet were frozen to the ground.”

About a dozen veterans sat in the front row. One of them, Galina Vasilievna, went to the war front with ambulance cars when she was only sixteen years old: “I ​​am grateful to you that you have not forgotten about us veterans, and that you have come here, showing such interest and asking us about what happened.” 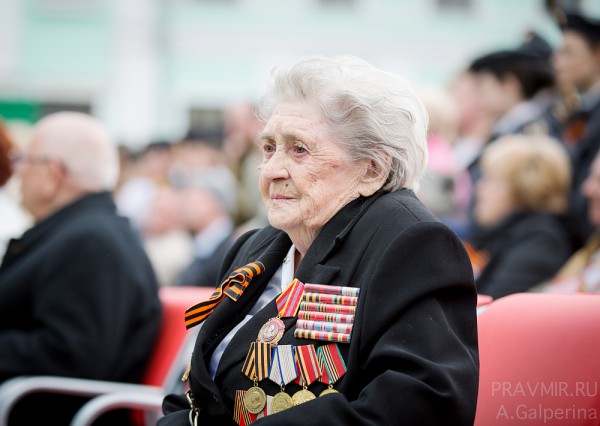 The Minister of Culture, Vladimir Medinsky – to whom, incidentally, the idea of the monument’s creation belongs – noted at the opening: “The singularity of this monument is that it is not dedicated to a specific person, or even to a particular melody. On the centenary of World War I, and on the eve of Victory Day, we inaugurate a monument to that which unites us all: love, honor, and loyalty to oaths. And whoever was in power at a given time – the Sovereign Emperor, the Communists, or modern rulers – people always went to battle for the sake of their families and in the name of their Homeland, and won.” 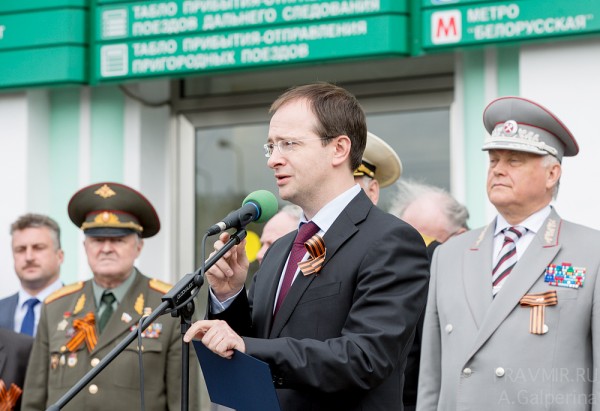 The Minister of Culture, Vladimir Medinsky

Vladimir Yakunin, the President of Russian Railways, who also participated in the creation – financially and morally – said of the monument: “It is a monument of loyalty and devotion to duty of men, and the devotion of a woman to her loved one, her family and country. By next Victory Day we want to carry out a special event. If you support us, we will organize not the regular, traditional railway Victory train. We want to invite veterans of the coalition that fought against fascism to become its passengers, along with young people, so that they can ride the train along with the veterans. Which route the train will take will be decided later, after we consult our colleagues from the Western European railways. In the meantime, passengers who arrive in Moscow will be met by the march ‘The Farewell of Slavianka.’” 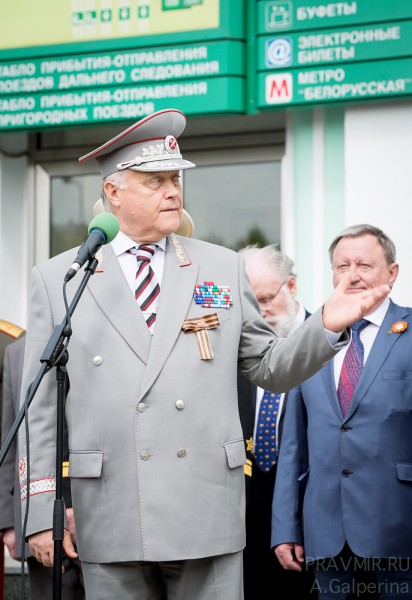 The monument that opened on the square of the Belorussky train station was created by a team of sculptors: Vyacheslav Molokostov, Sergei Shcherbakov, and architect Vasily Danilov, under the guidance of Salavat Sherbakov, a People’s Artist of Russia. The monument was cast in the town of Zhukovsky, by the company “Lit Art.”

In an interview with “Pravmir,” Salavat Sherbakov said that, although the last phase of the work went by fast, the monument was in preparation for a long time: “We pondered over the project, ‘maturing’ it for the job. And when it became clear that we had won the contest, we then completed the task more quickly.”

To the question of whether the author himself likes the monument, S. Sherbakov noted that he could not yet fully assess the work: “While the opening is going here, everything looks a bit different. On a regular day, people will sit here, the granite benches will be open to all, and the monument will ‘live’ here. We must come back here in a week’s time, become used to the new monument, walk around – and then we will understand.” 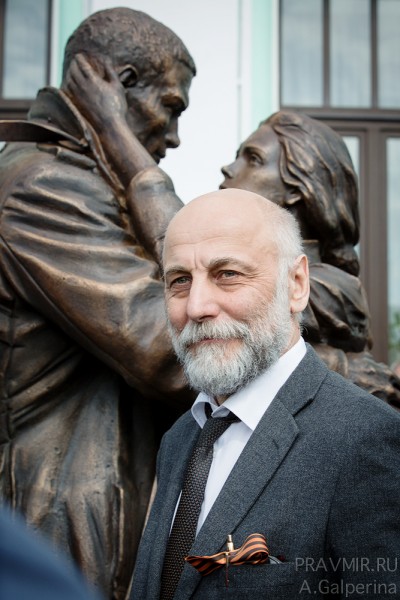 The sculpture “The Farewell of Slavianka” was created and established by initiative of the Russian Military-Historical Society and the company “Russian Railways” with the support of the Ministry of Culture of the Russian Federation and the participation of the Central Museum of the Great Patriotic War. 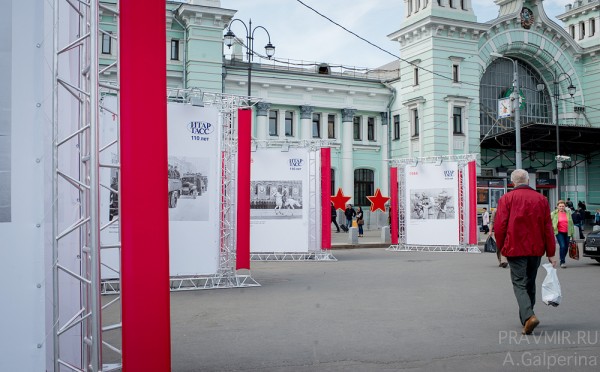 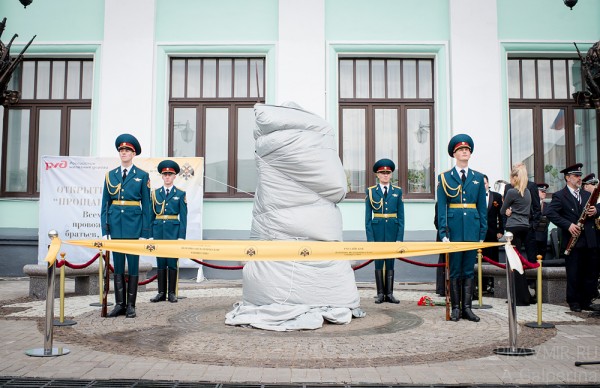 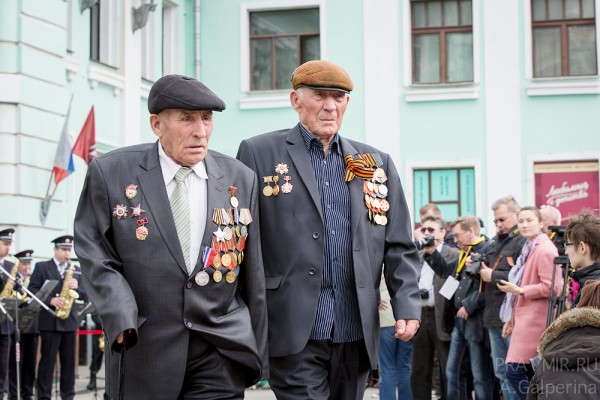 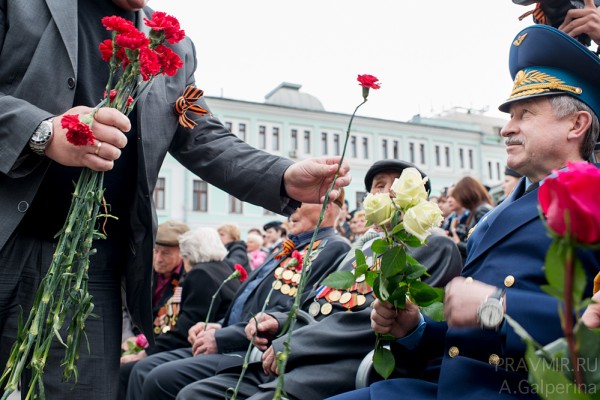 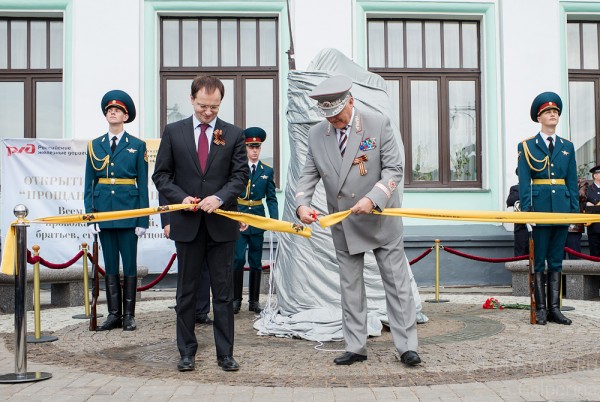 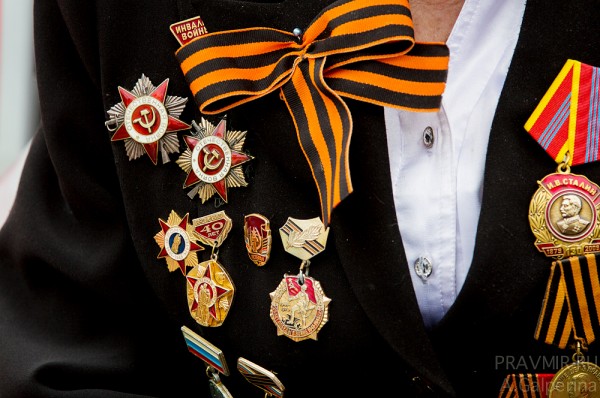 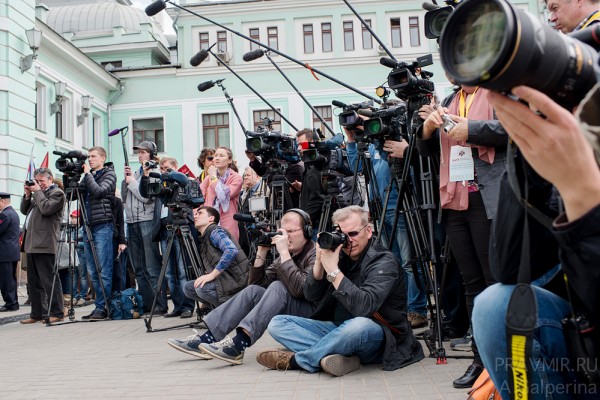 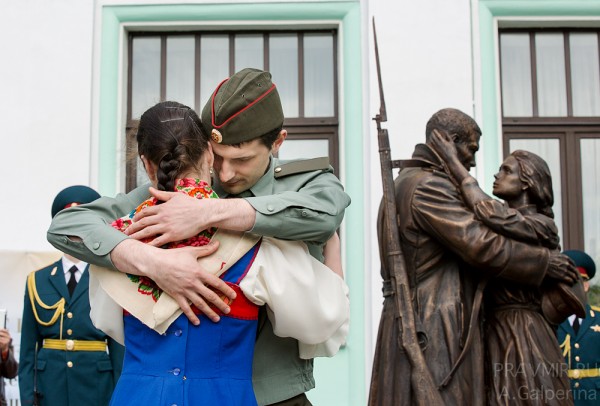 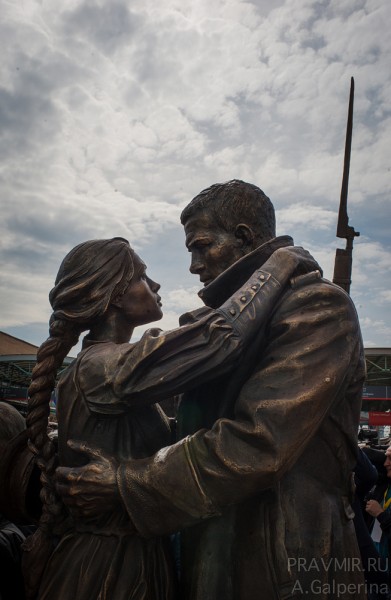