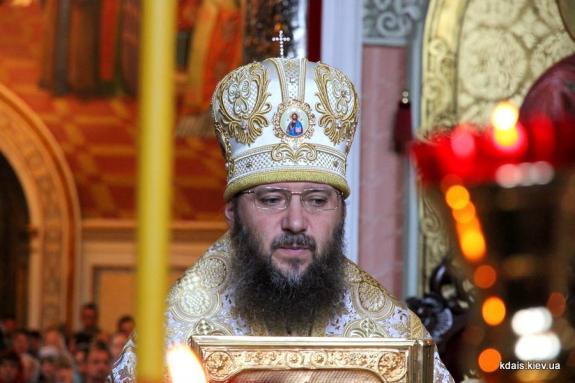 The Desire for Signs and Miracles Points if not to the Lack of Faith, Then Certainly to Its Impoverishment

— More often than not, one can hear about “miracles” and “signs” taking place nowadays: in the sky, then on the glass… they try to envisage some images. People unconditionally believe that these are “signs”, “messages from above”. What caused this “fashion for miracles”?

— This fashion is many thousands years old: our forefathers, not wanting to labor on the way to deification, fulfilling the commandments and commands of God (Genesis 1: 25; 2: 15-16) decided to miraculously become like gods (Genesis 3: 5), and as a result fell. Throughout the mankind history we see these attempts to get everything one desires from God miraculously without working on oneself. Moreover, we also see how the enemy of the humankind has been taking advantage of this desire since the very first attempt. Therefore, even in the Old Testament God commands to treat signs and miracles with extreme caution (Deuteronomy 13: 1-2).

The Savior clearly explains the desire for miracles and signs, “an evil and adventurous generation seeks after a sign” (Matthew, 12:39). While interpreting the Books of the Apostles, Saint John Chrysostom asked: why were there many miracles in those days, and there are few now? Then he himself answered so: miracles and signs are not for believers in Christ, but for convincing unbelievers. Hence, the desire for signs and miracles points if not to the lack of faith, then certainly to its impoverishment. Christ connects the increase in signs and miracles directly with the actions of false christs and false prophets in recent times (Matthew, 24:24).

When Saint John Chrysostom was explaining this to his interlocuter, he was asked the following question: may it be so that someone while deliberately avoiding signs and miracles and fearing to fall for the tricks of the evil one, will not accept the obvious miracle of God? The Saint asked his interlocutor, a nobleman of Constantinople, in return: what if, having gone on Imperial command to a distant country and having commanded your slave to guard the house, you return in the middle of the night, and the slave, following your commands, does not open the gates then, even hearing your voice: perhaps, some villain could imitate it. You are not going to punish him for your having to spend the night at the gates of your home, but you will award him for following your commands properly. So would the true Christian not be tempted by the miracles for the fear of opening the gates to their inner temple (1 Corinthians 6:19) not to God, but to His adversary who walks like a roaring lion, searching for someone to devour (1 Peter 5:8).

The True Miracle is the Moral Resurrection of a Fallen Person

— What is the purpose of miracles? For example, why did Christ raise the son of the widow of Nain?

— Christ expected a sincere conversion from people, despite knowing about the petrification of their hearts, He assured them of His ministry with miracles (Mark 6:52; 8:17), so that even the Apostles asked about Him, “Who can this be, that even the wind and the sea obey Him?” (Mark 4:41). Besides convincing the unbelievers, Christ’s miracles had a special meaning, also important for us, believers in the Son of God. This special meaning was revealed in patristic interpretations of the Gospel.

So, regarding the raising of the son of the widow of Nain (Luke 7:11-16) the Holy Fathers drew attention to the fact that during His earthly Ministry the Savior resurrected the dead three times: besides the son of the widow of Nain, He raised righteous Lazarus of the Four Days (John 11:1-44) and Jairus’ daughter (Mark 5:35-43). The Holy Fathers regarded this as the raising of people’s souls by Christ. The souls that are dead to spiritual life due to their sins. The Savior said about Jairus’ daughter, who was still in her father’s house, that she “is not dead, but sleeping” (Mark 5:39). Thus, the soul dwelling in a sinful sleep has not died yet, it can instantly rise from the sin from God’s touch and walk the righteous path, but one needs to strengthen it with Lord’s meal (Mark 5:42-43).

The son of the widow of Nain gets carried out of the city, the prototype of the city of the great King (Matthew 5:35). In order to raise this abysmal soul, God Himself goes to it as he has gone to Nain. The raising of the righteous Lazarus of the Four Days, for the sake of which God goes through the whole country despite the greatest dangers, is the prototype of the raising for righteous life of the souls, the moral state of which is also described in this narration, “Lord, by this time there is a stench!” (John 11:39). That is what the true miracle is: the moral resurrection of the fallen person.

If a Person’s Spiritual Eye is not Clouded, They See not a Chain of Accidents, but God Acting Miraculously in Their Life

— Should we look for miracles?

— Absolutely not. The Savior Himself disapproves of those whose faith depends on signs and miracles (John 4:48). Miracles are secondary to our faith: that is, miracles are not there for us to believe, but if we believe sincerely, God performs miracles in our lives, which one needs only to spot. If the person’s spiritual eye is not clouded (Matthew 6:22-23), they see not a chain of accidents or of their victories and defeats, but God acting miraculously in their life. If the person’s faith is weak, then God’s mighty works will not be revealed in their life (Matthew 13:58). All this is not theoretical calculations, but the realities of life in Christ: for example, as a lot of intellectual powers are spent both on evidence for the existence of God and its refutation. A person living in Christ neither requires this evidence, nor looks for miracles (1 Corinthians 1:22): God is always present in their life, always responds to their prayer, constantly showing His miracles in the life of such a person.  Therefore, a true believer does not seek miracles, but leads “a quiet and peaceable life in all godliness and reverence” (1 Timothy 2:2), knowing that it will end with the greatest miracle: the raising from the dead (John 6:40).

I sometimes hear sorrowful words from people who have lost all hope: "the Lord has left us".