Source: ORTHODOXYMORON
Most people are not entirely sure how to practice fasting in such a way that abstinence will increase their charity.
Archimandrite Vassilios Papavassiliou | 03 March 2015 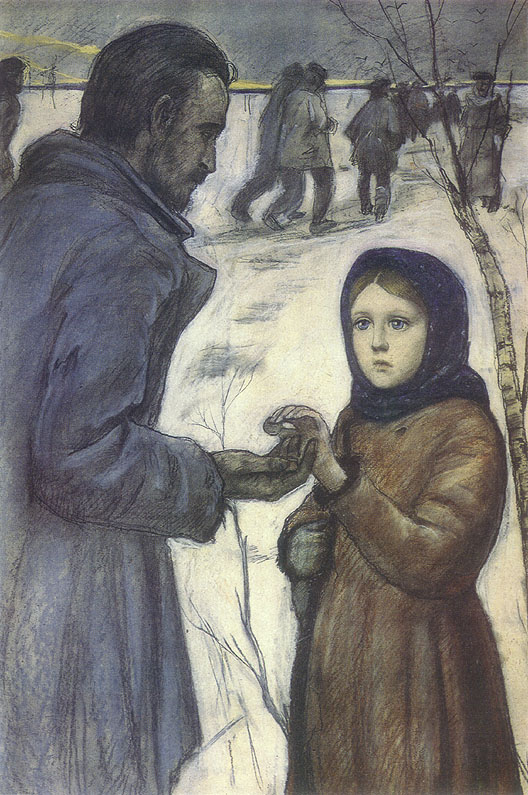 The hymns of Lent and the writings of the Church Fathers make it abundantly clear that there is a connection between fasting and charity. However, most people are not entirely sure how to practice fasting in such a way that abstinence will increase their charity. Either they get stuck on the dietary rules of the fast but are spending just as much if not more on food, or they don’t know how to take the step from fasting to giving.

It occurs to me that there is a possibility that is not really considered or brought to fruition. Both fasting and charity are often looked upon as something that is down to the individual. We fast as individuals according to our strength and the advice of our spiritual father (or not at all), and we may give a bit of money to beggars or donate to charity, but not much else. Rarely do we see an example of an entire church community practising fasting together and increasing their charity together.

So here’s an idea. As Lent approaches or when Lent begins, let it be announced to the congregation that each member of the Community, or as many as are willing and able, should fast from one meal a day and give the sum of the cost of that daily meal (or even the meal itself) to the “philoptochos” (the parish association responsible for helping the needy). Of course, some may be well off enough to be able to contribute the cost of one meal a day without depriving oneself of a meal, but those who are not able can still, by fasting, contribute without bursting their budget. Then the philoptochos can organise, with the money and food it has collected, a meal every day, or two or three times a week, in the church hall for the homeless or for the elderly (who, even if they are not poor or incapable of cooking and caring for themselves, need companionship). Of course, this requires not just money but an organised philoptochos or other volunteers willing and able to give their time to such an enterprise, but it occurs to me that this would be a wonderful way for a Community to observe Lent. Moreover, this could be something that is done not only in Lent, but throughout the year (as it is in some churches in Greece). But Lent is certainly a time when we could increase its frequency or the amount of food we can give each week to the poor, hungry, homeless and lonely.