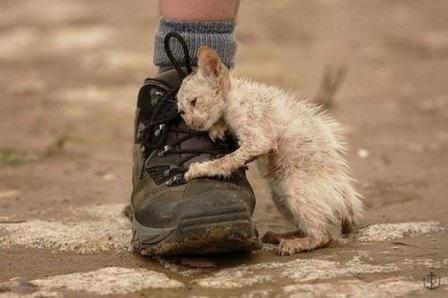 “But give to me, Your servant, the spirit of purity, humility, patience and love.”

That is a familiar phrase. It would be even more familiar if we would have bowed low to the ground right then, nose to the floor, because this is the second line of the beautiful Prayer of St Ephraim the Syrian.

Here were are in the Great Fast, and we are called to fervent Church attendance, prayer and fasting, charity.

Charity involves not only almsgiving (which should be done frequently, simply and secretly – no press, no photo op, no memorial plaque), but it especially involves gentleness, kindness, courtesy and civility.

I hate to bring this up, but national politics this year, along with what goes for entertainment every year, has produced a horrible decline in civility. And I’m referring not only to the candidates and the parties, but mainly the consumers of the media who are entertained by politics – thus, I mean myself (and maybe you if you think so too).

The easiest way to give Charity this Lent is to speak gently. No, I do not mean “Speak softly and carry a big stick” as President Theodore Roosevelt once wrote in January of 1900. Christians are not allowed to carry big sticks, but rather, they are to be known only for their kindness, never for their might.

In the late 100’s AD, a very early and unknown Christian writer wrote a letter to a Roman named Diognetus (who may have been the tutor of the Emperor, Marcus Aurelius). The letter described what Christians believed and how they acted out their belief. This is a beautiful, shining letter, and the fifth paragraph is one of the prettiest. In that paragraph which described “the manner of Christians,” the author writes:

“[Christians] love all men, and are persecuted by all. They are unknown and condemned; they are put to death, and restored to life. They are poor, yet make many rich; they are in lack of all things, and yet abound in all; they are dishonored, and yet in their very dishonor are glorified. They are evil spoken of, and yet are justified; they are reviled, and bless; they are insulted, and repay the insult with honor; they do good, yet are punished as evil-doers.”

In other words, Christians do not act cruelly. Neither do they speak cruelly. Divine mercy echoes from their every word.

The reason why we fast from food and engage in ascetical work during the Great Fast is only so that we can recognize the presence of Christ more clearly than usual. And in the case of charity, fasting should produce in us the same mercy toward others that we receive from our Savior.

So it does not make sense at all when Christians look meaner, weirder, or act more depressed and even nastier, during a time of spiritual revival. The Lord Himself said, when we fast, that it should never be obvious that we are suffering: “But you, when you fast, anoint your head, and wash your face; That you appear not unto men to fast, but unto your Father who is in secret: and your Father, who sees in secret, shall reward you openly.” (Matthew 6.17-18)

St Seraphim of Sarov offers this advice about the manner of our conversation:

“You cannot be too gentle, too kind. Shun even to appear harsh in your treatment of each other. Joy, radiant joy, streams from the face of one who gives and kindles joy in the heart of one who receives. All condemnation is from the devil. Never condemn each other, not even those whom you catch committing an evil deed. We condemn others only because we shun knowing ourselves. When we gaze at our own failings, we see such a morass of filth that nothing in another can equal it. That is why we turn away, and make much of the faults of others. Keep away from the spilling of speech. Instead of condemning others, strive to reach inner peace. Keep silent, refrain from judgment. This will raise you above the deadly arrows of slander, insult, outrage, and will shield your glowing hearts against the evil that creeps around.”

Speaking gently, with mercy, can save people.

Twenty years ago, I worked with a young man in my psychotherapy practice. He was still working on issues stemming from his having been sexually abused in his early years (let no one tell you that such trauma is ever or easily “gotten over”).

By the time I started working with him, the worst was over. Before other therapists had finally focused on helping him for his abuse, he had been an unpleasant person, to say the least. He was cruel. His speech was dirty and mean. He showed no compassion, little conscience. He got himself in trouble constantly.

But things turned around somehow, and while he still suffered Post-Traumatic Stress, he had become remarkably decent to be with. I quite enjoyed our Thursday evening counseling sessions.

I asked him what had happened, how he turned around from being so mean to becoming company that was actually pretty good.

“Someone talked to me nice,” he said, shrugging his shoulders. “I had run away from home one time, and the police found me. Things were horrible the next morning. But this guy from church came over and talked just okay and normal … the way he talked made me think that things could turn out all right … we played tennis that day.”

I nodded. The speech of friendship is usually better than the professional talk of psychotherapists.

So remember. Everyone around you is your neighbor who needs friendship, and everyone bears the image of Christ – Who once called us His “friends.” Remember that wherever you are is your neighborhood, and you are that neighborhood’s Good Samaritan (as the vessel, of course, of the First One). When you talk to anyone this Lent in the world, you are conversing with someone who is immortal by grace. And every conversation either darkens the world (theirs and yours), or brightens it.

Your words can actually save. So save your neighbor this Lent, and thus Feast with a bright face in this Holy and Great Fast.