Fasting in the Fast Lane: Is It Okay to Watch TV Series during the Fast? 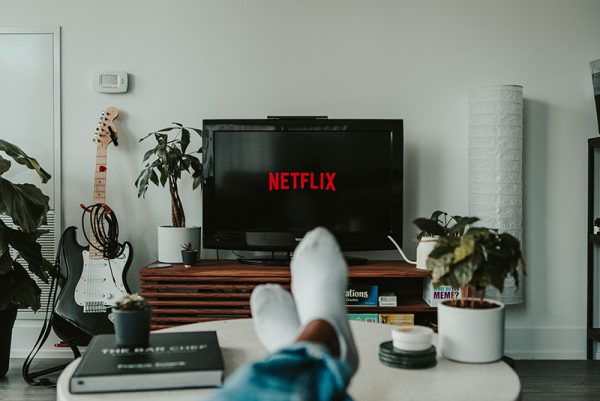 I’m tempted to say, “Why ask? Isn’t it obvious?” But rushing isn’t a sign of a great mind, so let’s think about it.

On the one hand, everything really is obvious: fasting is a time of abstinence and asceticism restricting certain types of food, entertainment, and even communication, let alone TV series. At the same time, the system of fasting limitations as we know it appeared long before today’s generations, the television and, most importantly, long before the modern rhythm of life. Perhaps we should dwell on the latter in more detail.

It is difficult to find anything more inconsistent with the Christian disposition of the soul than the rhythm of life of a modern person with his constant busyness, the rush and the bustle. Our multitasking life clearly denies us any opportunity to stop and look around, leaving those who lag behind it no choice but to catch up and thus forcing them to live even faster and hence even more thoughtlessly. Where in this whirlwind can we find space for God, or time for the soul, even if it’s only a minute?

In today’s world, it would be absolutely wrong to regard fasting as merely a set of independent restrictions, followed with the sole purpose of meeting the requirements of the church. Listening to the prayers of Great Lent, we discover a completely different picture: fasting is an integral phenomenon with all its components interconnected and directed towards one main goal – to give a person the opportunity to stop, peer into his soul and focus on God.

The fact that our time is a time of vanity does not at all mean that vanity has not existed in the past. It has always been there. The only difference between then and now is perhaps the “degree” of this vanity. Considering this, the church establishes fasts first of all seeking to wrest the faithful from the usual commotion and give them the opportunity, at least for a short time, to go through life at their own pace, without having to keep up with the world. During the fast we are called to see ourselves and our sins anew, to feel the depth of our own deviation from God and overcome it by repentance. The main purpose of fasting is not to restrict a person in anything, but to give him the opportunity to reduce the degree of fuss and stop his everyday run through life where he is forced to never look back. Jointly and separately, all fasting limitations pursue this goal only.

Now let’s get back to modern man. Our age is not at all unique, but its defining attribute is the highest possible acceleration of any process. In other words, if a man of the past was just fussing, then a modern man fusses on the run. Experience shows that inertia exists not only in the physical world. As a result, it is much more difficult for a modern man to stop.  Even for a simple morning or evening prayer, it is not enough for a modern Christian to simply “stand a little so that the senses may settle down.” He needs a certain, often long, period of time to slow down “painlessly”.

This applies not only to working and self-employed people. By the end of the day, housewives and mothers of young children are just as tired as office or production workers. This brings us to the conclusion that a person needs rest. Whether it is the good old sitting in front of TV every day, or the rarer and lengthier fishing or mushroom hunting, or perhaps some occasional gardening now and then…. Instead of repentance and peace of mind a person depriving himself of such psychological relief during the fast is likely to “acquire” a nervous breakdown.

If church life makes a person completely lose interest in television and cinema, such an example is undoubtedly worthy of praise and imitation. By the same token, sitting in front of the TV deserves condemnation both in fasting and holiday season if it’s caused by idleness. However, an hour or two spent on some TV show at the end of the day is hardly a sin for the average working person with children and his concerns about maintaining a family.

The simple rule: “That which does not interfere with attentive and sincere prayer is permissible” is worth remembering here as well as in many similar situations. Regardless of how hard a person works and how tired he is, no rest should be detrimental to prayer. This applies not only to cases when TV shows leave a person with the only desire left, that is to sleep. This also applies to any plots that arouse passionate emotions; any films or TV shows that stick in the memory so firmly that they sit there and interfere with prayer.

If we say that measure is good in virtue, then it is all the more important in rest. In fact, the sense of proportion will tell you where harmless rest ends and sin begins. We should learn to hear this feeling and follow it before we pick up that remote control.

Forcing Yourself to Pray: Can a Christian Not Want to Pray?

Please don’t frown. I am well aware of how people in the Church tend to talk about prayer.…